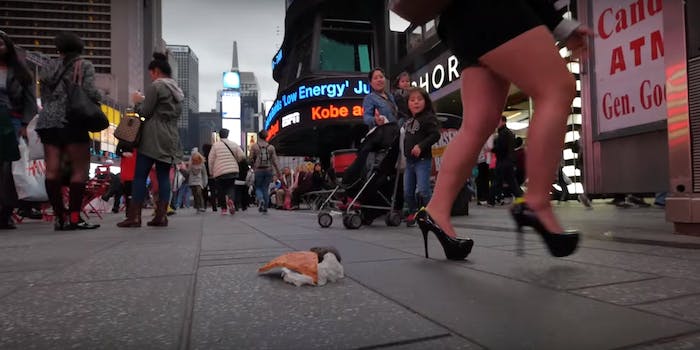 Is it just us, or is this Pizza Rat robot kind of adorable?

New York‘s favorite pie-toting rodent has returned in robot form, built by the YouTube prank channel Prankvsprank. The intrepid pranksters created a realistic remote-controlled Pizza Rat replica (complete with a giant slice of pizza, of course) and set it loose on the streets of New York City.

You’ve got to love the variety of reactions in this video. Some people scream out loud, but plenty of New Yorkers are blithely unfazed by a surprise Pizza Rat attack.