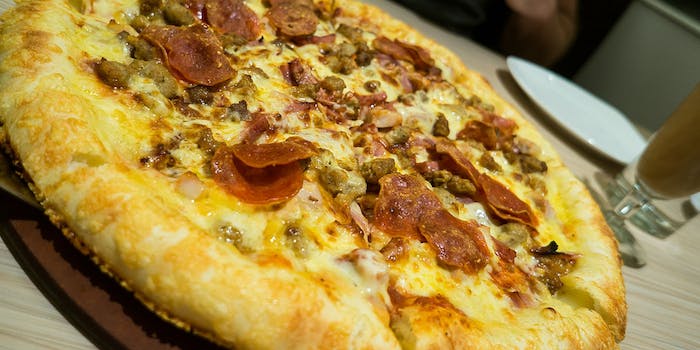 This is unconventional, but it likely saved her life.

A Florida woman is thanking local authorities and her local Pizza Hut for extricating her family from a potentially deadly situation.

Cheryl Treadway and her three kids were being held hostage by her boyfriend, Ethan Nickerson. He reportedly had a large knife and wasn’t letting anyone leave. As a conventional 911 call was too easily detectable, the woman placed a pizza order from her smartphone and used the comments section to ask for help.

This is what her local Pizza Hut saw when her order came through. 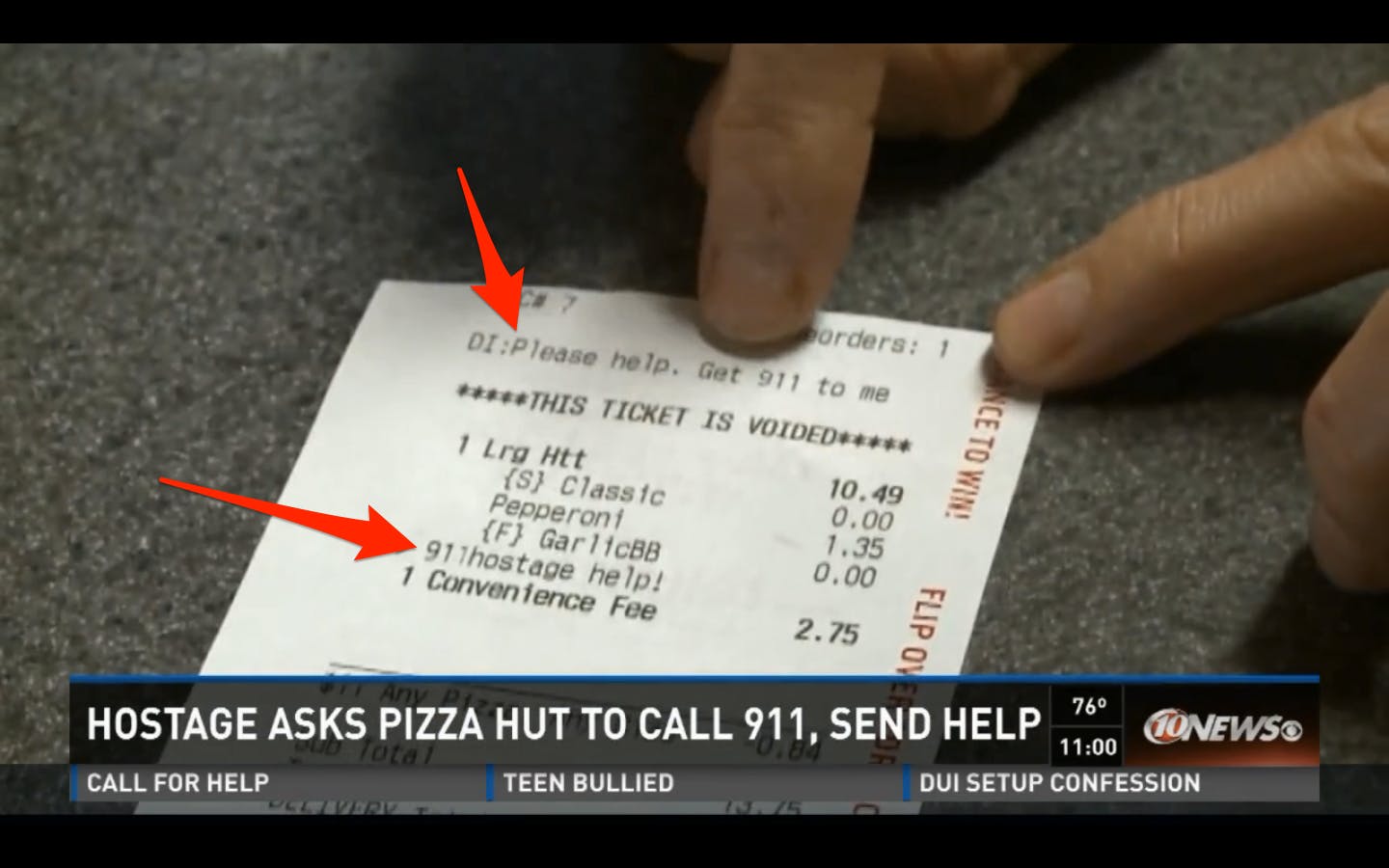 The manager of the restaurant recognized her as a frequent customer and figured there must be something terribly wrong. Though the note offered little context, it was enough for them to call 911.

Trained hostage negotiator Lt. Curtis Ludden was the first to arrive, reports WTSP. Treadway escaped with one of her children right away when he showed up. The other two were safely rescued when Nickerson was arrested 20 minutes later.

This is Ethan Nickerson. He’s since been charged with a laundry list of crimes: aggravated assault with a weapon without intent to kill, battery, false imprisonment, and obstructing justice by depriving communication to law enforcement. 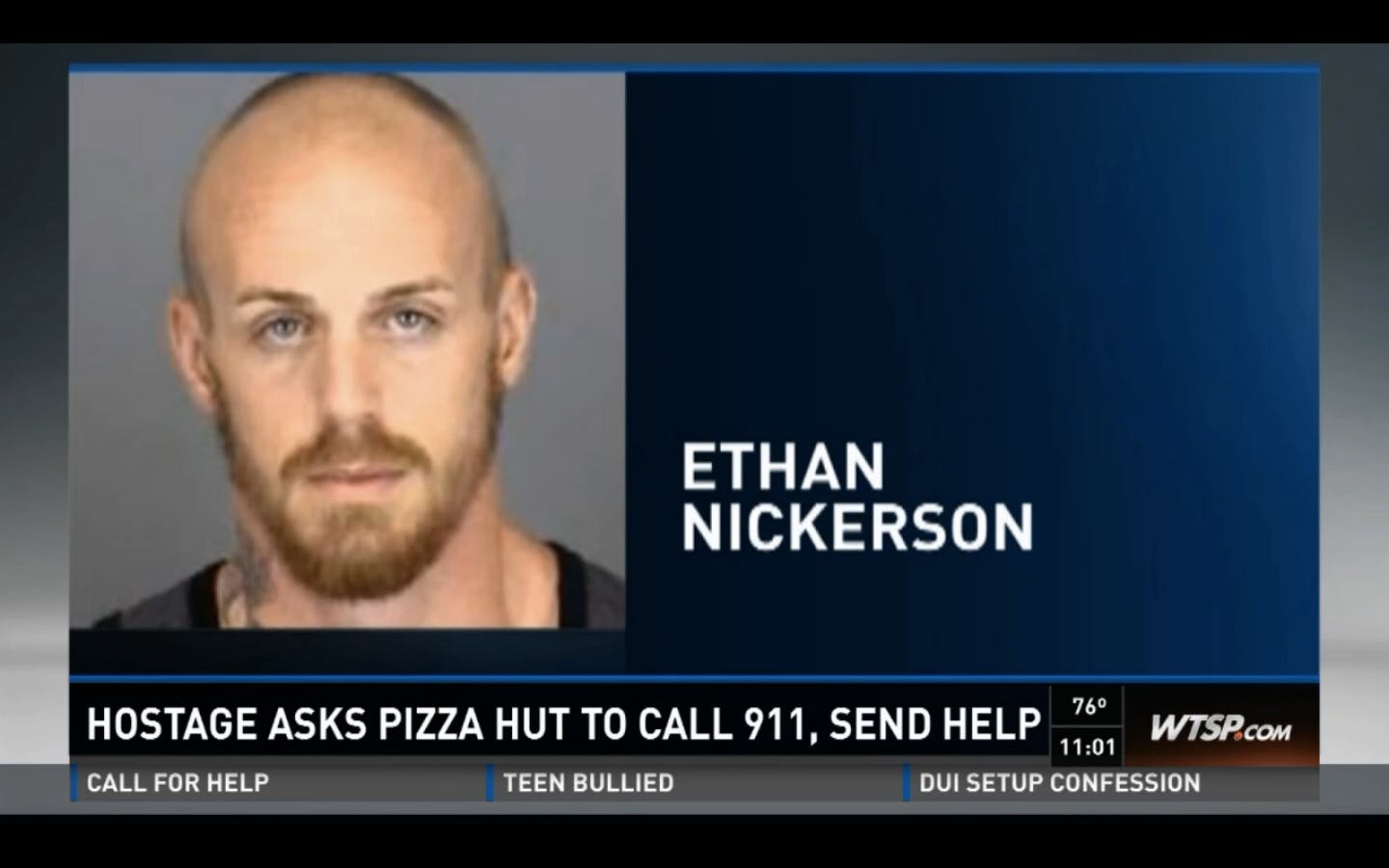