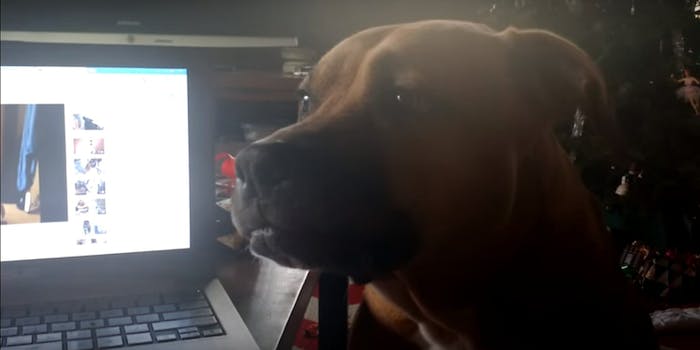 No matter how hard he tries, this noble pitbull just can’t howl

You tried, buddy. You tried.

This pitbull just can’t howl, no matter how hard he tries. You’ve got to give him a gold star for effort, though.

YouTube user theglassgecko uploaded this adorable video showing her pet pitbull trying and failing to howl. He looks so noble, and yet instead of a wolfish howl, he kind of sounds like he’s gargling.

You tried, buddy. You tried.