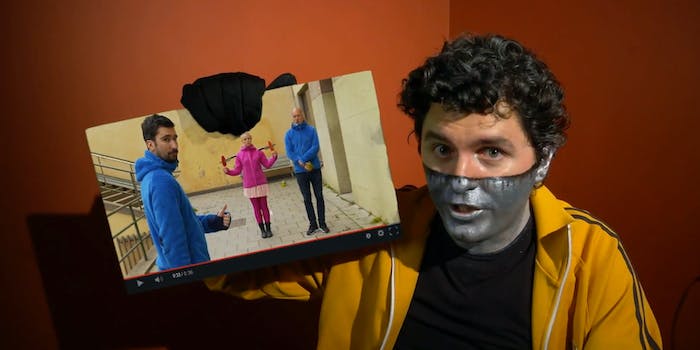 Once again, the Internet proves that if a video looks too good to be true, it probably is.

If a video looks too good to be true, it probably is.

Last month, we were all captivated by the Swedish YouTube channel Tumba Ping Pong Show. They released a 37-second video featuring an almost-impossible trick involving throwing knives into Ping-Pong paddles.

The Internet has been fooled by the authenticity of viral videos before, so many viewers remained skeptical about whether the knife-throwing trick was even real. But people couldn’t stop watching, and the video had over 2.5 million views.

Now we know it’s fake, and Captain Disillusion has gone through the trouble of proving it.

The trick is more of what you don’t notice on the first viewing because you simply don’t know to look for it. The visual effects are done well, but not well enough that they can’t be spotted. Once you know what to look for, though, it can’t be unseen.