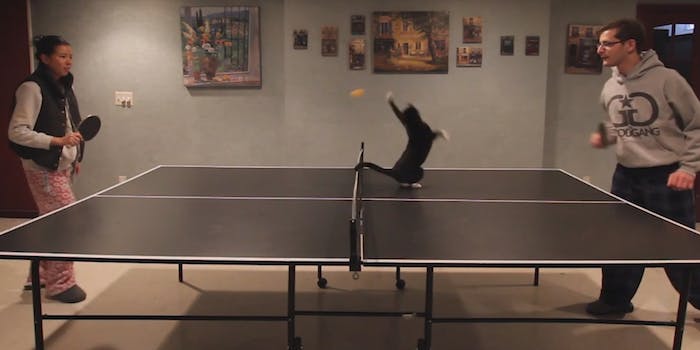 There’s a new star in the world of cat-based tabletop games.

You might not think that cats playing Ping-Pong is a thing, but it definitely is. There’s even a compliation video on YouTube.

But now there’s a new star in the world of cat-based tabletop games. Oreo the 15-year-old cat enjoys sitting in the middle of the Ping-Pong table, participating by knocking the ball off the court and stealing it for herself.

It’s probably really annoying if you’re actually trying to play the game, but there’s no denying that it’s cute as hell.