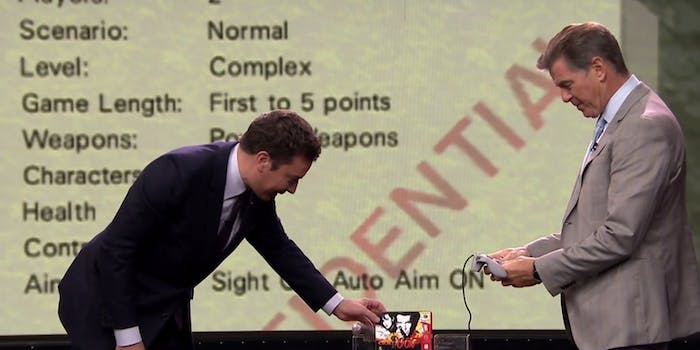 Turns out James Bond is bad at something.

Jimmy Fallon is living out one childhood dream at a time (usually) at the expense of his guests, and James Bond is no exception.

With Pierce Brosnan on the show, Fallon revealed that GoldenEye 007 for Nintendo 64 is one of his favorite games. With the system set up, he invited the actor, whose James Bond is the main character in the game, to play with him, whether he actually wanted to or not.

Admittedly, Brosnan said he played it once and wasn’t very good, so it shouldn’t come as a surprise that he didn’t do well. This clip will both make you feel better about your gaming ability and make you want to grab the game and play it all over again.