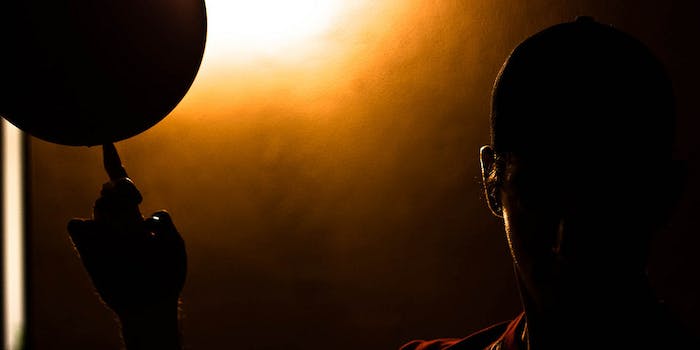 It can take a lot for a teacher to impress a room full of jaded students, but this one just might have what it takes.

It can take a lot for a teacher to impress a room full of jaded students, but this one just might have what it takes.

While grading papers, a physics and astronomy teacher shows his students his take on the ball spin. The trick of spinning a basketball on one finger is easy enough to learn if you have the patience for it, but no one ever covered the possibility of spinning the ball on a writing utensil—and then continuing to write with it.

But one basketball team known for its tricks on the court was left wanting more.

“We’ve got to admit, we’re impressed,” the Harlem Globetrotters wrote. “Got a proposition for you… You agree to teach us that trick and we’ll teach you a few of our own.”

Not a bad deal. Between their skill on the court and his physics expertise, we think they’d make a pretty good team.

Update: The Globetrotters told the Daily Dot that the teacher has agreed to their deal. They’ve already made this video together: