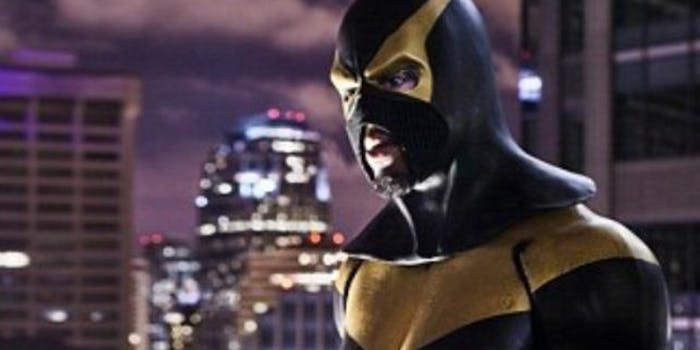 Move over, ice bucket challenge—people are now getting Tasered for charity

Want to one-up everyone else and go on record as world's stupidest human? Add a Taser to your charity stunt.

How many more casualties will the ice bucket challenge claim?

In the quest to raise money to fight ALS, one person has died of hypothermia (if you believe satire site Empire News), while another has been arrested for helping her son try to level up to the “fire challenge.”

Now, to add to the laundry list of stupidity, Phoenix Jones, a professional MMA fighter and superhero probably best known for beating up a racist, has crossed “Tasering himself in the name of charity” off his bucket list. Or should we make that the ice bucket list?

“I’m good, I’m good,” Jones insists, attempting to stagger to his feet after having just been Tasered and falling into a swimming pool of freezing ice water.

Dude, are you sure?

While the video may look intense, it wouldn’t be the first time Jones allegedly endured great pain for justice: In February, he reportedly had part of his superhero costume set on fire during a Seattle street riot.

It pains us to have to say this, since you probably know plenty of people who’ve done the ice bucket challenge, but say it we must:

Don’t try this at home.