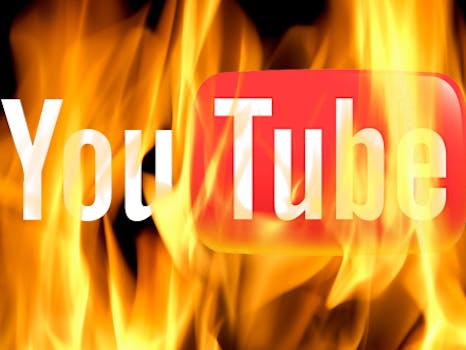 Philip Matesanz, 21, has almost a million supporters in his fight to keep YouTube MP3 up and running.

Philip Matesanz has racked up 871,000 supporters in his fight to keep YouTube conversion site YouTube MP3 open in the face of Google’s cease and desist demands, but he can’t get a meeting with the global corporation’s brass.

Matesanz, 21, told the Daily Dot via email that Google’s Berlin office took notice of his popular Change.org campaign demanding that third party recording tools be allowed on the video sharing site after the petition exceeded 200,000 signatures. The company contacted Change.org to get in touch with Matesanz, and when they did, promised a meeting between the two parties.

But Google has yet to follow up on the meeting, and despite Matesanz’s efforts, all he’s received in return has been a phone call with Google’s legal counsel in which he was told that his case carried little weight.

Google sent Matesanz a cease and desist letter giving him seven days to shut YouTube MP3 down last month. Matesanz refused, and, after corralling a team of lawyers, started a petition urging Google to relinquish its rulings on the basis that they were unfounded. YouTube MP3 does not use YouTube’s API, Matesanz and his lawyers declared. Therefore, YouTube’s API Terms of Service do not apply.

Matesanz went on to say that the counsel disagreed with the DOJ’s statements regarding the legalities surrounding recording content off YouTube. When Matesanz forwarded along the DOJ’s article concerning the issue, the counsel chose to ignore that component of the argument.

“How bizarre is that?” Matesanz wrote. “Is there any source more trustworthy and unbiased when it comes to legal issues than the DOJ?”

He said that Google also informed the Deutsche Press-Agentur—the German Press Agency, an organization Matesanz equates to Reuters—that the company was “engaged in discussions” with Matesanz, though at the time, the two parties had only spoken via the brief exchange previously mentioned.

Google did not respond to the Daily Dot’s request for comment.

“You should not forget that Google is accusing all these [signees] of engaging in illegal activities,” Matesanz added. “Standing up against a huge corporation that is making such claims takes lots of courage for all the signees. I can say with certainty that the past weeks were the worst in my entire life and I was psychologically stressed out to the maximum. I’ve even considered [giving] up this fight, but seeing this massive support gave me the power to continue.”

Matesanz has kept YouTube MP3 running throughout the saga, refusing to shut it down despite Google’s attempts to block his servers from accessing YouTube, an action that severely limits the quality of the service.

He finds it strange that Google has targeted him while “other services simply bypass this blockage by using techniques like a Java-Applet, which effectively turn their Cloud-Applications into Client-Applications Google cannot block.”

“It is completely ridiculous that Google doesn’t accept the fact that they technically cannot stop their users from creating a recording of a YouTube video.”

Right now, however, all that Matesanz wants is an equal opportunity meeting, something he was promised but has yet to receive.

“I want a meeting with Google representatives and I want … my lawyers [to be] also allowed to attend this meeting,” he wrote.

“I think that it isn’t a fair discussion if I have to talk with a Google lawyer and have to justify myself while I am not a law professional at all. They should also explain me why my lawyers are wrong and most important: They should explain why the DOJ is wrong. If they are not capable [of doing] this they should accept the wish of all those users and allow me and other services to continue.

“I don’t think that I am asking for too much.”