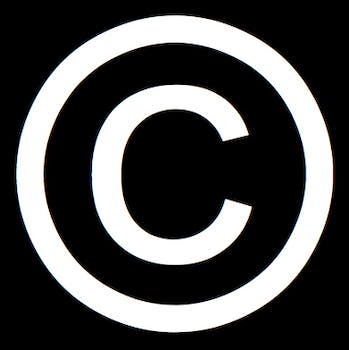 The Supreme Court is about to decide a case that could affect the future of reselling—and crush sites like eBay and Craigslist.

Supreme Court justices don’t have regular deadlines, the way ordinary workers do. So there’s no knowing when the court will announce its decision in the landmark Kirtsaeng v. Wiley case—could be tomorrow, could be months from now.

But since the case has the potential to outlaw pretty much the entire American secondhand market—no more buying or selling used books, clothing, furniture or electronics, no more yard sales and flea markets, no eBay or Craigslist—DemandProgress is collecting signatures on a petition “to urge the White House and Congress to support our right to resell the things we own.”

Of course, neither Congress nor the White House can give orders to the Supreme Court, but they can file a friend of the court brief arguing in favor of one side or other. DemandProgress, on its petition site YouveBeenOwned, explains what is at stake:

It’s unreal. Any day now the U.S. Supreme Court will hand down a decision in the case Kirtsaeng v. Wiley & Sons The Justices are currently debating whether you have the right to sell your stuff on eBay. Do you really own the smartphone or computer you’re using to read this? If you sold your books, would you be breaking the law? A federal court in New York says you would be, even if you legally paid for and bought them.

They’re not exaggerating. The Kirtsaeng case rests on the how to interpret the doctrine of “first sale.” Basically, copyright law states that copyright holders get paid at point of first sale – when you buy a brand-new copy of a Harry Potter book or movie, J.K. Rowling gets a cut. But you can sell your used copy or lend it out without getting Rowling’s permission or paying her anything.

However, textbook publisher John Wiley and Sons (best-known for publishing the “For Dummies” series) is arguing that first sale rights only apply to items made and sold in America—if your Harry Potter stuff comes from Thailand or any other foreign country, you should not be allowed to sell it without getting Rowling’s legal permission first.

Wiley sued Supap Kirtsaeng, a college student who bought inexpensive Wiley-produced textbooks in Thailand and re-sold them to bargain-hunting American college students. So far, two lower courts have sided with the publisher.

Along with the petition, DemandProgress also produced an animated video offering a two and a half minute summary explaining copyright law, first sale doctrine and the Kirtsaeng case.

After a title screen warns viewers “Don’t Get Owned,” the voiceover narrator asks “Have you ever resold a DVD … unloaded a smartphone, tablet or computer you didn’t need anymore? Or sold a house without researching where every faucet and pipe was manufactured? …. Two courts have already said that Americans don’t have a right to resell things they own if those things, or any part of them, were manufactured abroad.”