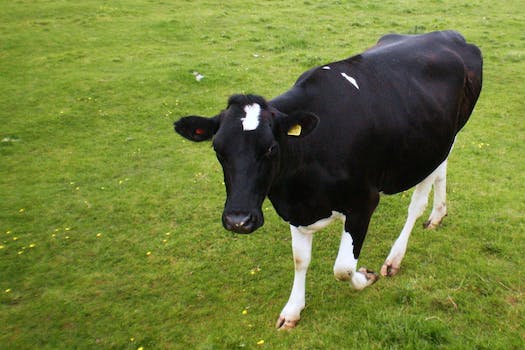 As if it isn't awesome enough that she has a pet cow.

Watching little kids attempt to explain away their bad behavior is viral video gold. Case in point: This video starring three-year-old Mateo, whose cogent and well-reasoned arguments for why he deserved to have cupcakes for dinner garnered 23 million views and a spot on Ellen.

Case in point, part two: This video starring five-year-old Breanna Decker, whose efforts to explain why she let her pet cow in the house are nonsensical, but also pretty damn cute.

In a video taken by her mom Billie Jo back in April, Breanna attempts to explain why she let her pet cow in the house. Her arguments, frankly, don’t make much sense, but the real payoff comes at the 3:30 mark, when Breanna gives up on trying to persuade her mom and just starts cuddling with her pet cow.

Nice move, Breanna. Way to learn early on in life that you can get out of facing the consequences for your actions by being adorable. We look forward to seeing your behavior rewarded with millions of YouTube views and a spot on Ellen in the near future. Don’t forget to bring the cow.