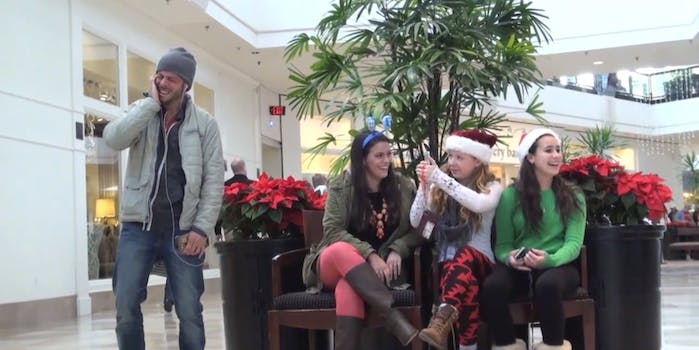 This is what happens when you try to imitate the queen of Christmas pop herself.

Performing a cover of “All I Want for Christmas Is You” rarely does Mariah Carey justice, but Ed Bassmaster, who is usually pranking the masses on YouTube, decided to give it his all for everyone to see.

However, his “all” is pretty bad—and he’s performing in public, not a concert venue or directly in front of a camera.

The people around him are put in an awkward position how how to react to someone who appears to not have any vocal talent, and the side glances towards the camera say more than any complaints could.

But there are some are full of holiday spirit and join him anyway regardless of his singing. After all, there’s nothing in the songs that says that you had to be good to sing the carols.