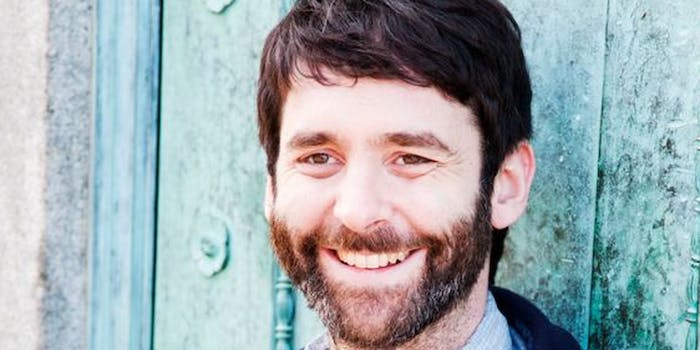 Facebook’s ‘People You May Know’: An interview with Gabriel Roth

Facebook thinks Roth and I should be friends. I interviewed him to find out why.

Social networks, you may have noticed, make it their business to sell you on new connections. On Facebook, the list of potential acquaintances is titled “People You May Know”—but more often than not, we don’t.

What if we read these names as recommendations? Could Facebook set us up with a mystery friend the same way Netflix steers us toward unfamiliar movies we’ll enjoy? In this series, we aim to explore the possibility (and weirdness) of a relationship based on nothing more than an algorithm’s say-so.

Our first subject is Gabriel Roth. We have seven mutual friends, all from the worlds of media and publishing. I tapped one among that group for Roth’s contact info, and soon enough, we were Gchatting up a storm. In assessing our compatibility as bros, we circled questions of availability, altruism, envy, and sports, finding all sorts of personal parallels along the way. 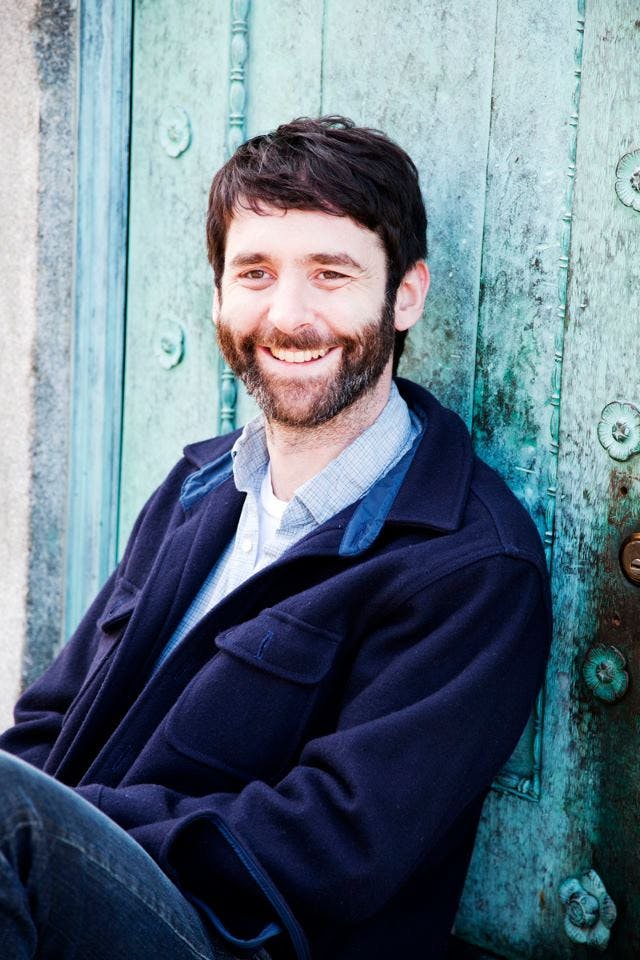 Facebook seems to think we should be friends because we’re both connected to a few writers. Do you think you have enough writer friends, or is there always room for one more?

Well, this gets into the semantic question of what Facebook means by “friends” versus other, more conventional senses.

Because I definitely have room to fuck around on the Internet with people (even if those people are writers), but I have very little room to actually hang out with those people in the physical world. So I now have lots of “friends” on Twitter who I’ve never met, or met once but with whom I kind of hang out for much of the day.

Would you say fucking around is your main online pursuit? Am I going to see some funny and irreverent stuff with you in my News Feed?

I definitely wouldn’t pitch myself as a Facebook friend, TBH. Some people think I’m funny on Twitter, although other people think I’m annoying and self-involved on Twitter. But I think of Facebook as the place for people I went to college with or former roommates from San Francisco or whatever—real-life friends who I don’t see much of anymore—so if you were to befriend me on Facebook you’d mostly see pictures of my kid, or self-promotional stuff like readings I’m giving. I feel like on Facebook you’re talking to people who have some actual investment in you, so when you give a reading they’re happy to click Like as if to say, “Oh, cool, you are doing a reading.” Whereas I think of Twitter as a couple thousand people sitting expectantly on their hands, like, “Entertain me.”

Have you ever met up with someone you only knew from Twitter?

Several times. It’s great. Once you get over the initial weirdness, it turns out a Twitter friendship usually counts as material for an IRL friendship. But I don’t think I’ve ever made a new friend on Facebook. It’s more like, I’ll meet someone at a reading or a party or something, and then they’ll friend me on Facebook, and then for the next week or so I’ll see their stuff in my Facebook feed every day and I’ll realize, oh, this is a person who posts on Facebook a lot, and then I’ll “hide” them and never think about them again.

I need to get better about the “hide” button. I think I usually just defriend (unfriend?), and that causes all kinds of problems. Let’s say, though, that we break through that stage and become good buddies—what should I expect? Can you think of a time you went above and beyond for an IRL friend? Like, you helped them move even though they didn’t promise pizza and beer?

Good question, and one that is forcing me into a certain amount of soul-searching. I have definitely helped people move. I’m sure it wasn’t for the pizza, although they probably did get pizza.

But I am now, let’s say, not as young as I once was and thus physically not the first guy you would think of in a moving situation. I have referred friends to my agent, that’s a good-friend thing to do, right? Although obviously I shouldn’t like advertise that as a friendship service, because I bet my agent wouldn’t appreciate that.

Did any get picked up?

Two of them did, yeah, although of course that’s not really something i can take any credit for, it’s not like I am so lucrative for my agent that he’d take on a bunch of dead weight in order to keep me sweet. Other friendship services: I officiated a wedding once and I think did a really good job, IMHO. I have issued heartfelt “follow Friday” tweets for friends, although we’re kind of scraping the bottom of the barrel at this point. … Wait, you just went to my Twitter profile and “favorited” my “pinned” tweet WHILE WE WERE CHATTING. O MODERNITY.

I am firing on all cylinders here. Also using my free hand to practice a plate-spinning circus act. I think I could definitely enjoy following you on Twitter, but as a fellow novelist, is it going to stoke my competitive side? You did have a glowing review of your debut in the New York Times.

Nice of you to mention that.

No problem. Apologies if I order a used edition.

I mean, one of the things about writing books is that “competitive” is great but “envy” will kill you and it’s a constant battle within the soul to stay on the right side of the line.

Oh good, as long as you’re not one of those relentlessly positive writers. All back-slapping and such.

It’s tricky. If I read something great of course I want to tell people about it, that’s easy. If I read something terrible, I sometimes want to rant about how lousy I think it is, but I’d be lying if I said I didn’t think about hurting people’s feelings or pissing people off or whatever. I wrote one review for the NYT Book Review, and they assigned me a book I strongly disliked. Fortunately it was an international best-seller and the movie rights had already sold, so I didn’t worry about ruining anyone’s career or anything like that.

I think we’d all like a friend who calls us out on our bullshit now and then, at the very least? Or maybe someone whose praise we can’t just take for granted.

Yeah, as far as writing goes I have a couple of people who know how to talk to me about the work, and that’s all you need, really. As far as, like, all the bullshit of being a human, yeah, that’s important too … I feel like I should be asking you questions too.  It would not be a good advertisement for myself as a friend if this conversation were to be unidirectional.

Excellent point. Go for it!

OK, here’s one. I have a small child and it’s basically impossible for me to hang out at regular times and I’m tired a lot, and yet my need for friendship is undiminished. This makes me a demanding and possibly unrewarding friend for a normal person. Would you be like, “Well, he might be a cool guy but man, that’s a lot of trouble”?

I would tend to think that it’s equally difficult to maintain a friendship with me, except I don’t have the excuse of being a devoted parent, and therefore we might make a good match—even if we only grabbed a beer like twice a year. And because we’d keep up with each other online, we wouldn’t have to do big recaps of the past six months of our lives.

Low-impact, low-expectation friendship. Easy on the soul. And of course I would catch a reading or two.

OK, here’s another one. Sports frequently play an important role in male friendships—playing, watching, discussing, it’s like this whole category of otherwise useless activities has been invented to give men a way to be friends with each other. As that description maybe suggests, I am on the outside of this discourse of sports, by virtue of not playing or watching them. This has been a problem for me in certain relationships. Would that be an issue for you?

Oh man, we are going to get along great. I usually forget sports are a thing until I’m riding the uptown D train with a thousand Yankees fans. This year I never finished my March Madness office pool bracket despite many, many reminders.

Then it’s settled: I’m gonna pull the trigger and make that Facebook friend request. See you on the other side?

Now I’m going to deny the request just to fuck with you. JUST KIDDING.