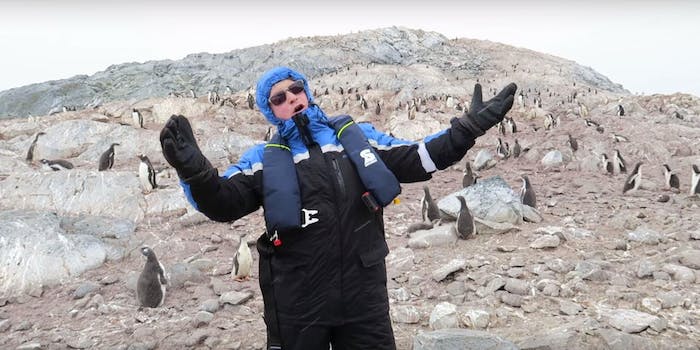 Penguins run as fast as they can from annoying opera singer

They were just trying to take a nap.

Despite being dressed for the occasion, this group of Antarctic penguins were no fans of an impromptu opera performance.

It’s not as if they were being serenaded by an amateur, either. Nick Allen is a well-known tenor in his native England. He’s received multiple awards, great critical reviews, and appeared on British television. But none of that impressed these penguins, who quickly made it known that his passionate singing was not for the birds.

To be fair, Allen did wake them up from a nap. When you consider that fact, a mass retreat seems like the best possible outcome.

Still it’s got to sting a little that the video where he performs O sole mio, arguably the most popular opera piece in the world, has only 83 views on YouTube, whereas the video of him annoying a bunch of adorable penguins has almost 75,000.