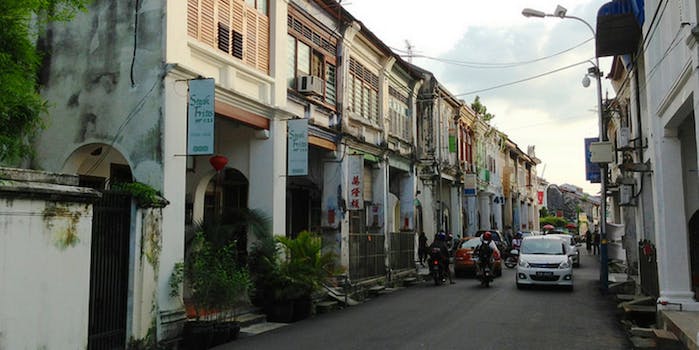 Here are your Tinder power rankings for Penang, Malaysia

Just call me phantom limb, because I am so deep within my feels I’m experiencing sensations from things that aren’t even there.

Welcome back to another thrilling edition of the Tinder power rankings travelogue, with the added bonus of an actual date under my belt. If you’re just joining us, I left the U.S. in June to do hood rat shit around the world and decided it’d be a good idea to try hooking up with randos along the way. I’m now a full five months into my journey across the world, having moved from Europe to Asia—and not just on a boat in Istanbul.

October was spent in Penang, Malaysia, a food and culture hub clouded in what the locals refer to as “haze” but what is really just Indonesia taking a giant dump on the ozone layer, then immediately projectile vomiting into the sky, all in the name of palm oil—aka the world’s most dangerous butter substitute. Likewise, the men in my life served as paltry proxies for this thing called love we’re all chasing after.

My straightest, whitest hookup from Cavtat turned out to also be the type of person who uses his dick like a goddamn divining rod, pulling him ever closer to quenching the thirst while also knocking over everything in his path. Make way for the pussy hunter, y’all.

In between having my time and energy disrespected while the dowser went on his dick-wetting mission, I managed to go on a date with an actual, certifiable Tinder stranger who was convinced I was at the same time not a journalist while also somehow using him for a power rankings experiment. He vetted me like a Secret Service HR manager, and I responded in kind by drinking four out of the five Skol beers we’d bought.

The single worst thing to happen to me after successfully nabbing the world’s most courtroom-esque Tinder date was catching the feels for my OG Prague hookup, though. Finding someone you legitimately vibe with who doesn’t giggle at you when you request a good choking out in bed is about as rare as scoring crack cocaine at a Chuck E. Cheese. I poured my heart out into a love letter, and the hookup—a man who’s been agonizing about dating me for months—emotionally shut himself off and shut me down. At this point I’m expecting a form letter for all future correspondences, as I’d hate to upset the fragile balance of denying emotions while picking generic phrases out of a credit card phone tree user’s manual as a means to communicate.

Needless to say, the whole experience has left me fiending. At least Penang Tinder kept me partially sated. Here’s the best of ’em. 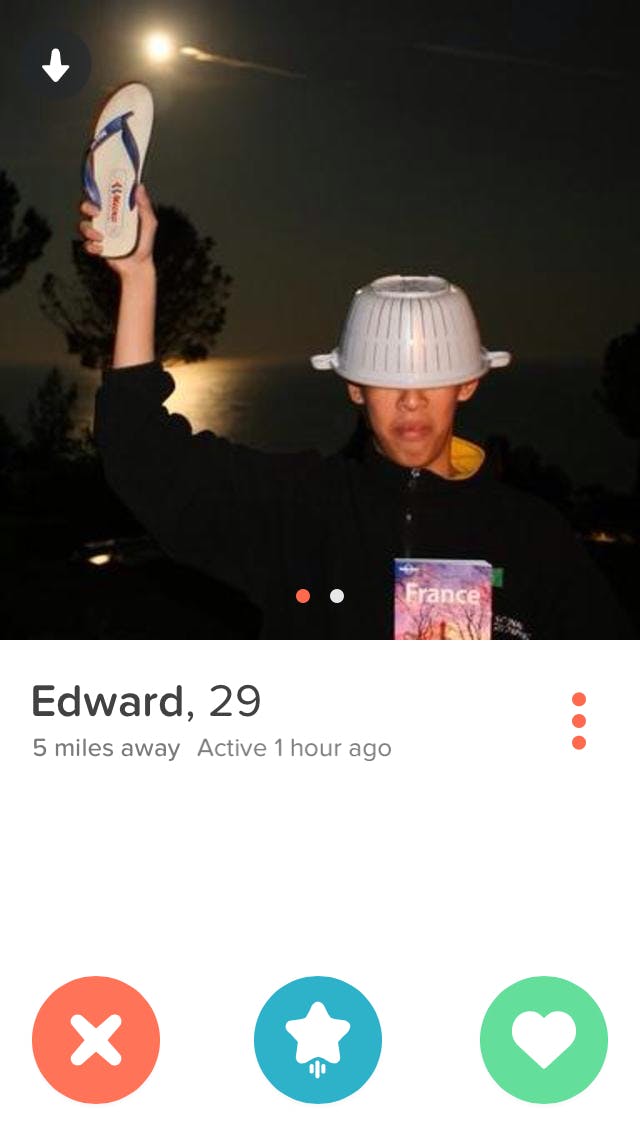 Who knew that there were Pastafarians in Penang? Edward has so deeply bought into the divine powers of the flying spaghetti monster that he doesn’t even give a shit about having his hands free, or being able to see out of the beige colander on his head. Vision is for conventional asshats who wear both shoes on their feet and probably aren’t going to France. Edward is not one of those people. 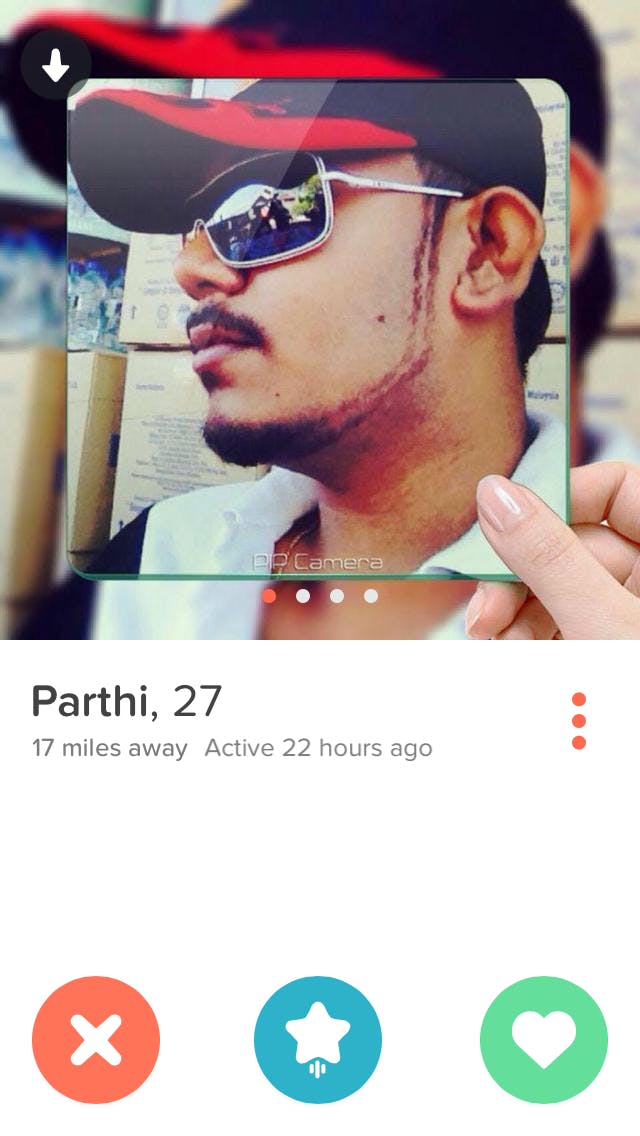 The fake hand holding a photo of Parthi in front of the exact same photo looks about as substantial as the thin chinstraps of facial hair attaching the mess on his skull to a goatee that looks like a finger-painting smudge more than anything fashionable. From the looks of it, Parthi probably got locked in the storage room of a Costco and is sending out an S.O.S. while trying to pretend he’s not beyond lonely surrounded by industrial-sized boxes of Depends and cases of water. Don’t worry, man, the Depends will absorb your tears—and the H2O will rehydrate you. 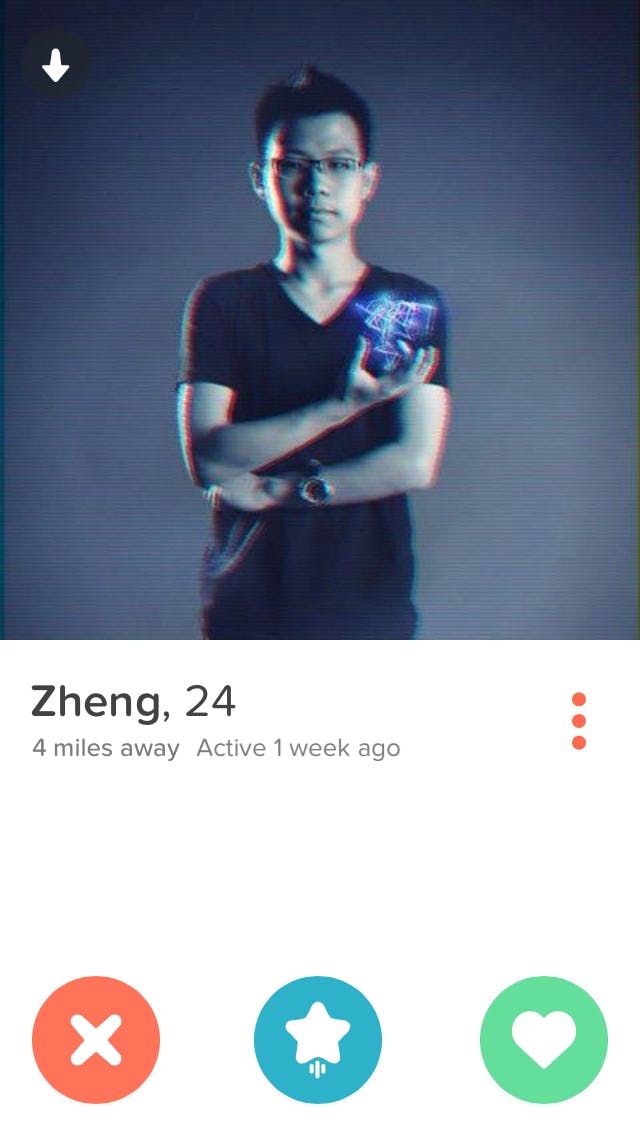 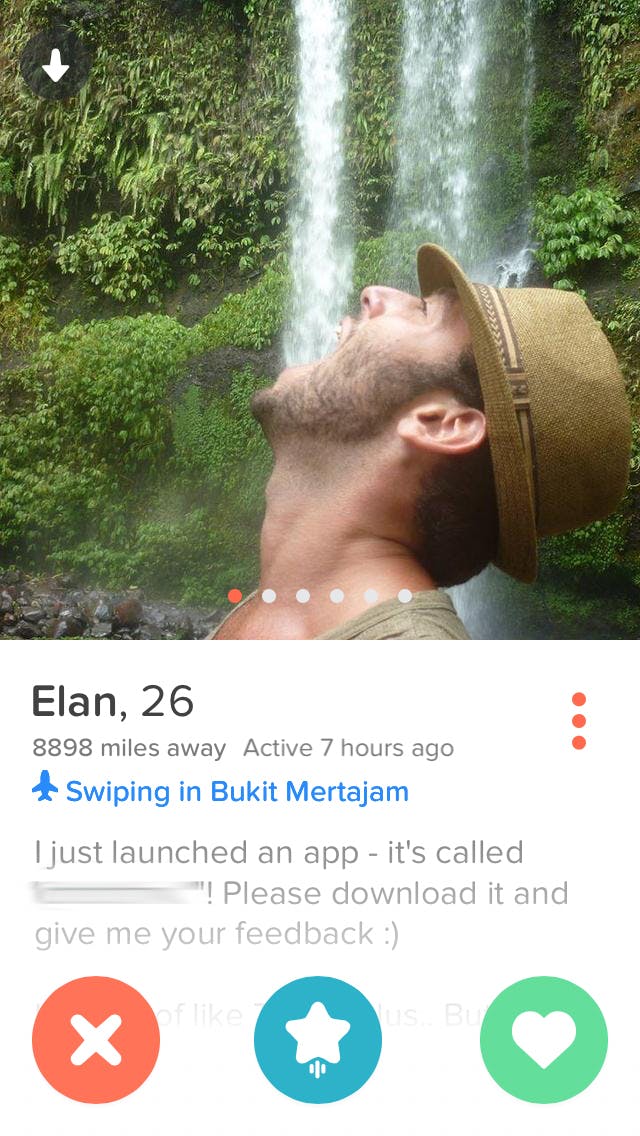 Elan combines the joys of shameless self-promotion with the unnecessary guzzling skills of a Hummer hauling a hearse through the Arizona desert. Look at all that water pouring into the gaping maw of this fedora’d man as he seeks your feedback on his latest app over an actual hookup with a real live human. Surely the ambition of being featured in Apple’s digital store of unnecessary shit starts with an awkward “u up?” Tinder message. 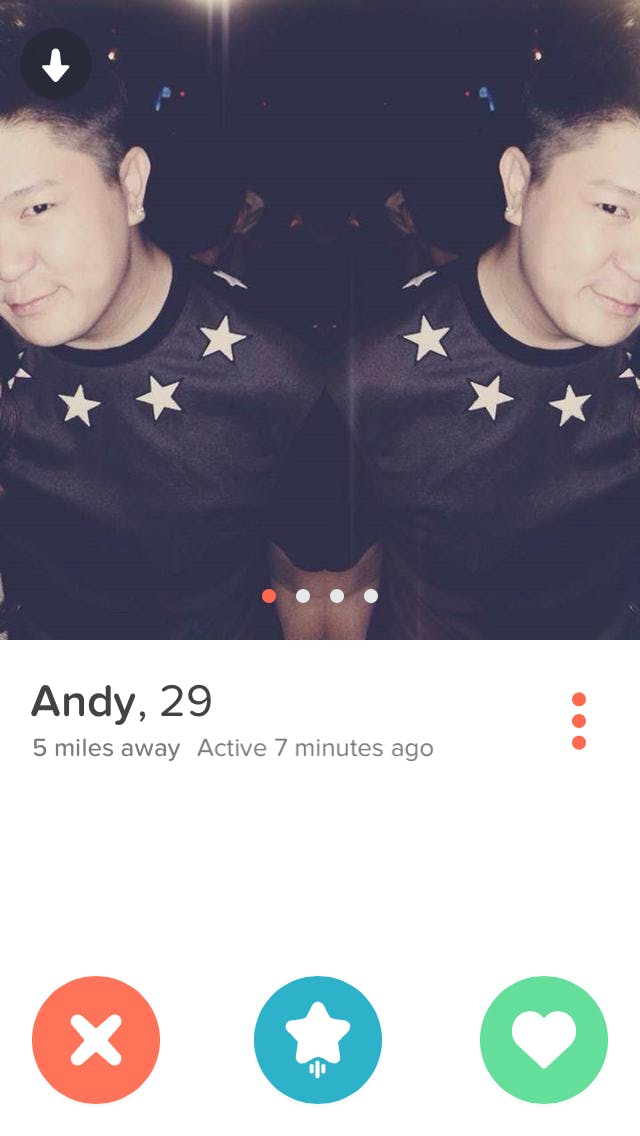 I’m just going to assume that Andy’s got the most epic case of pinkeye in the history of photography and that his distraction gambit was just a mirror image of his uninfected side. There appears to be a man right behind him, and really close at that, head bowed like he’s in some type of prison camp conga line. Just because you’ve doubled an image doesn’t mean you have double the friends, Andy. 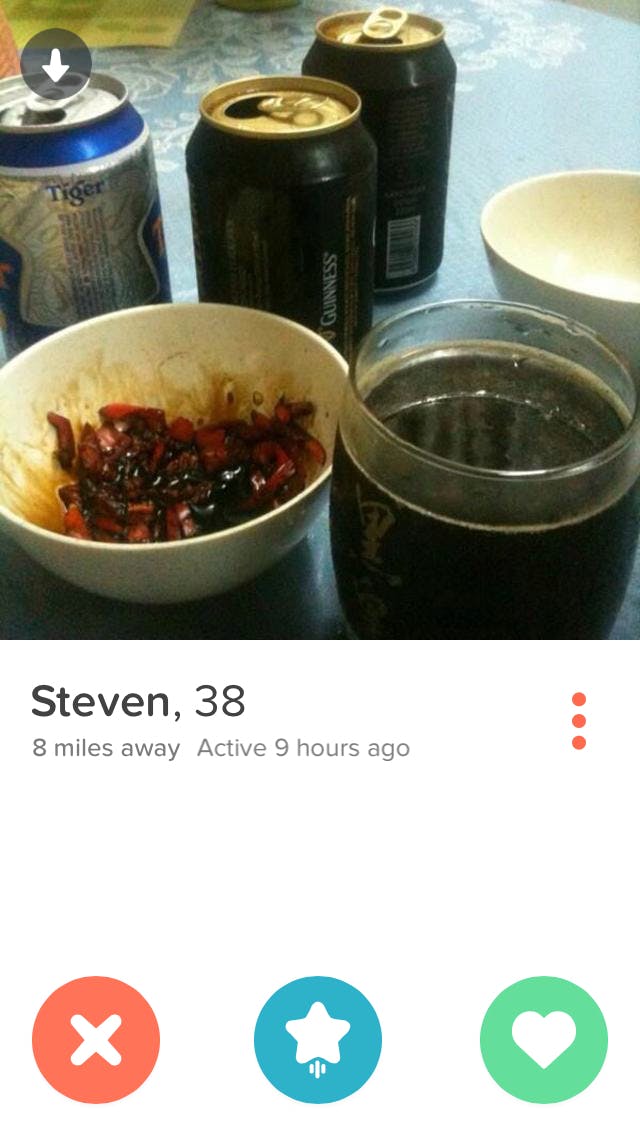 Panties always drop for soy sauce-soaked red peppers and Guinness, amirite? Steven’s lone photo is the butt-dial of Tinder shots, and I whole-heartedly applaud it.