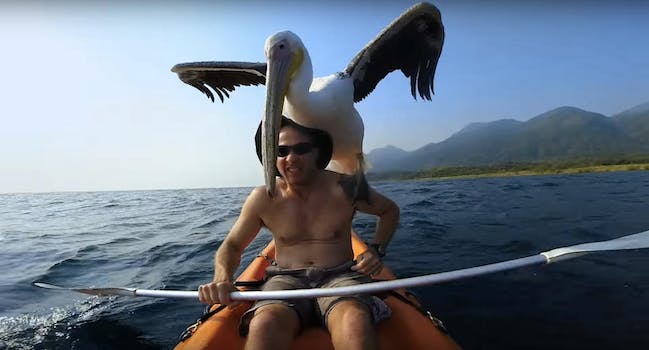 Man teaches pelican separated from his flock how to fish

Teach a man to fish, he will eat for a lifetime. Watch a man teach a bird to fish, you will sob like a baby.

A pelican and a safari camp manager might sound like an unlikely pairing, but this friendship between bird and man will warm your heart.

Meet Bigbird the pelican. After being separated from his flock during a storm, a local safari camp took him in and raised him. In a previous video from GoPro, we get to watch Bigbird learn how to fly. The latest video chronicles safari manager Jeff as he helps teach the pelican how to fish, something that the animals learn and do together in a group.

This seriously looks like a dude and his majestic Pokémon. Just check out how much the winged beauty loves this man when he lands on his shoulders. All because Jeff believed that Birbird could peli-can and not peli-can’t.