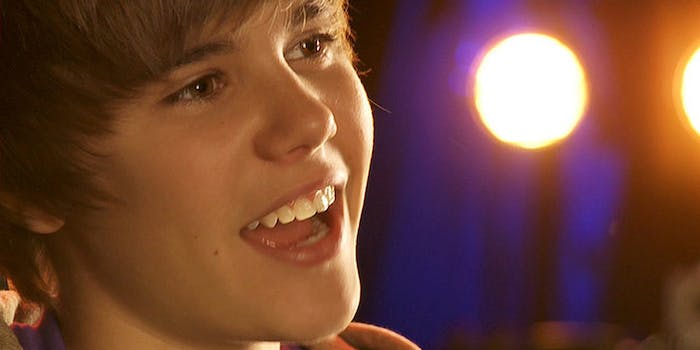 Robert Hunter will do hard time for his years of abuse and deception.

Fame in the Internet age is a curious thing: For all the elevation that comes with stardom, the masses are still encouraged to think of celebrities as accessible online, sometimes with horrific results. And when it comes to trusting children, there is always going to be a predator like Robert Hunter to take advantage of that illusion.

Hunter’s illicit online activity revolved around coercing children as young as nine from around the world into performing sex acts on a webcam—he recorded some 800 videos in all—but his methods varied. Often he pretended to be a teenager himself, and he was even able to convince some victims that he was teen idol Justin Bieber. According to the BBC:

Girls, believing he was the pop star, stripped off in front of their computer cameras after he said he would be their boyfriend, the court heard.

Schoolboys also became his victims when he posed as a teenage girl and persuaded them to perform sex acts on camera which he used to lure more girls, said prosecutor Richard Bennett.

But when they tried to back out he blackmailed them with threats.

A 12-year-old girl slashed her arms after he posted indecent photos of her on Facebook along with her address and phone number.

The 35-year-old Hunter’s behavior across Facebook, Skype, and other platforms spiraled so far out of control that it became the subject of an Interpol investigation as law enforcement from all corners of the globe closed the net around him. He was arrested in late 2011 in Middlesborough, U.K., “after a girl from Tasmania informed police.” Pleading guilty to 30 charges, he was sentenced to 14 years in prison.

It’s justice served for those exploited, threatened and shamed, but it’s hardly an isolated case. Among the population of sex offenders, there’s no shortage of resourcefulness, and their techniques have morphed with technology. Hunter is one more reminder that a little skepticism can go a long way—especially when it comes to teaching kids that they can’t believe everything they see on their screens.