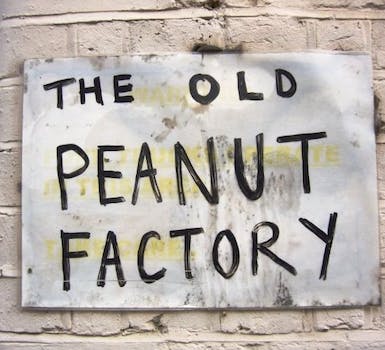 The terrifying tale of the Peanut Factory Sex Strangers

This Storify may scar you for life.

Those sex noises are coming from inside the house.

Just in time for Halloween comes a tale so bizarre and entertaining that it might have been cooked up by R. L. Stine for an adult edition of Goosebumps.

A group of London flatmates were in for a surprise over the weekend. An amorous couple from a party down the hall stepped into their abode, found an empty room, and started bonking.

The others inside the converted peanut factory residence, those who actually live there, shared the incident with the rest of the world through a series of tweets and YouTube videos, all dropped into a Storify for posterity.

The saga is so bizarre we have to wonder if it’s just too good to be true, especially when a resident of the apartment starts blasting “Gangnam Style” in a bid to evacuate the lovebirds.

Recounting the tale beat by beat would remove some of the sexy magic. That said, the occupant of the banging burglars’ temporary boudoir has an unfortunate surprise awaiting him when he returns home.