When is a donation not a donation? When you use the PayPal Donation button instead of the Buy It Now or Shopping Cart buttons. That’s when.

For the past two years, Internet curiosity Regretsy (where bad handicraft ideas go to first achieve viral fame and then, hopefully, die) has collected donations for various do-gooder causes. This year, it’s underprivileged kids who were to benefit from the fund.

For the past two years, they’ve been using the “wrong” button, ie not the Donation button. This year they corrected that mistake, and after thousands of dollars had been raised, PayPal, an eBay company, suspended the account and dropped this little bomb:

We appreciate that you have chosen PayPal to accept payments for your organization and thank you for your patience during this review process.

It appears that your PayPal account belongs to a corporation, and not a non-profit organization. Please refund the donations that you have collected.

PayPal is keeping the processing fee it  charged. And PayPal, while confirming that Regretsy will be able to use the Buy It Now or Shopping Cart buttons, will additionally charge its processing fee on any donations which, having been refunded, are re-donated using the new buttons.

“There is a lot of anger in the Regresty community right now, they are blazing up PayPal’s Facebook wall, closing accounts and hitting twitter,” Angelia Paulin an Etsy seller who teamed up with Regretsy to provide the gifts for 200 needy children.

Regretsy’s note, by Helen Killer, about the incident was titled, Fuck you Paypal. Later Monday night, it was updated to include quotes from a conversation that Regretsy stated it had with Paypal, including this bit:

PAYPAL: You say you’re selling these as gifts but there is no information as to what the gift is.
ME: People sell mystery gifts and grab bags all the time. What about sites where they say, let us choose for you?”
PAYPAL: It doesn’t say that on your site.
ME: Is that the problem? If I say it’s a mystery gift would that be sufficient?
PAYPAL: You aren’t going to be able to get around this. It’s too late, we know what you’re trying to do and we’re not going to let you do it.
ME: But there are hundreds of toys! Do you think it’s reasonable to create a drop down menu for hundreds of gifts, all of them different, and create an inventory for each as “one?” So that every time one sells, it’s sold out, and the customer has to keep choosng options and going through check out to see if they can find a gift that’s still available?
PAYPAL: Yes, I think it’s reasonable.

The topic was already trending on Twitter with a hashtag, #howpaypalstolechristmas. If they succeed in casting PayPal as the Online Payment Solution that Stole Christmas, they could potentially cost the site millions of dollars in commissions sent elsewhere over the holiday season.

This isn’t the first time PayPal has earned the wrath of its users for its policies. It came under criticism after it suspended the accounts and froze the assets of activist online organization’s WikiLeaks.

We’ve reached out to PayPal and will update the story accordingly.

This was the entirety of the image hosted on Regretsy’s site: 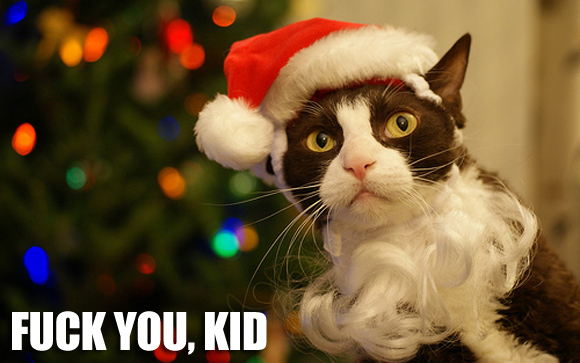 With reporting by Lauren Rae Orsini