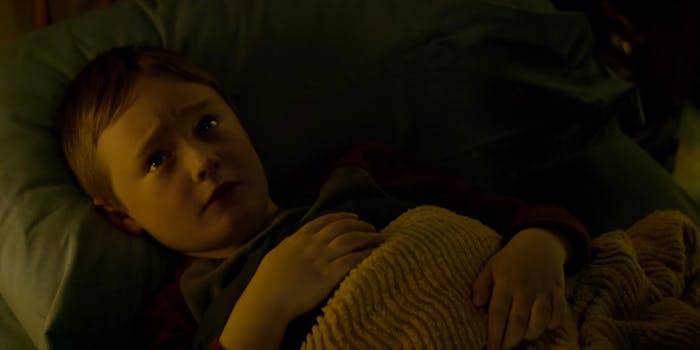 Well, the cat’s out of the bag. PayPal’s latest commercial in the United Kingdom implied that Santa Claus isn’t real, and parents there immediately lost their damn minds.

According to CNN, the The UK’s Advertising Standards Agency has received over 200 complaints since the ad aired during a prime time showing of X-Factor.

The ad shows two young boys worrying that they won’t be getting anything for Christmas since they haven’t seen their parents doing any extra shopping—which, of course, implies that these two have already figured out the whole Saint Nicholas hoax.

PayPal had this to say about the response to their—let’s be honest here—pretty cute commercial:

We take feedback from our customers seriously, and don’t want to be seen as Scrooge. So we’ve made arrangements for this ad only to air after 9 pm… after which it is assumed that young children won’t be watching.

So no need to worry, parents: The rest of us will continue to fall in line with your global Santa Conspiracy. In exchange, we only ask that you find a way to keep your spawn quiet in restaurants and on airplanes.