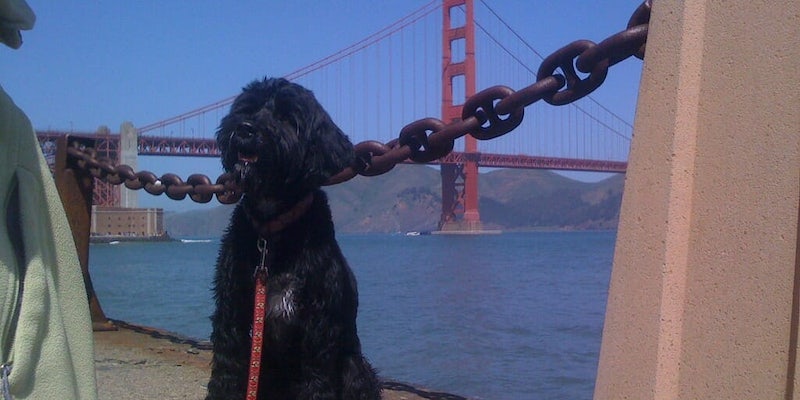 A group of right-wing activists are planning to hold a “free speech” rally on Saturday in San Francisco’s Crissy Field, and it’s concerned Rep. Nancy Pelosi (D-Calif.) enough to call Patriot Prayer, the group holding the event, a group of white supremacists.

Locals, though, are taking another tact. They’re not engaging in name-calling. Instead, they’re going to try to preempt the protest in the shittiest way possible. Literally, they’re going to let their dogs crap all over Crissy Field.

As the group organizer, Tuffy Tuffington wrote, “Take your dog to Crissy Field and let them do their business and be sure not to clean it up!” Also, “Watch out for landmines, friends!”

As of this writing, 1,000 people had already RSVP’d to the “Leave your dog poop on Crissy Field” Facebook event with another 5,700 saying they were interested in attending the 22-hour event, which begins Friday at noon PT and ends Saturday at 10am PT.

So, how did Tuffington come up with the idea of leaving tons of literal shit for Patriot Prayer attendees to avoid when it begins its rally?

“I just had this image of [white supremacists] stomping around in the poop,” Tuffington told the Guardian. “It seemed like a little bit of civil disobedience where we didn’t have to engage with them face to face.”

One potential attendee wrote she was happy to bring her chihuahua because “her shit(s) are small but frequent and deadly,” and another wrote, “I’m feeding mine and me Chipotle before. I lead by example. Like father, like son.”

According to the Southern Poverty Law Center, Joey Gibson—who leads the Patriot Prayer, which has not been labeled white supremacists by the SPLC—wrote on his Facebook page, “No extremists will be allowed in. No Nazis, Communist, KKK, Antifa, white supremacist, I.E., or white nationalists. … This is an opportunity for moderate (A)mericans to come in with opposing views.”

Still, it sounds like all those moderate Americans are going to have to dodge plenty of dog droppings to have their voices heard. But don’t worry: The dogshit won’t be littering Crissy Field for long. According to Tuffington, people will clean it all up after the event is complete.