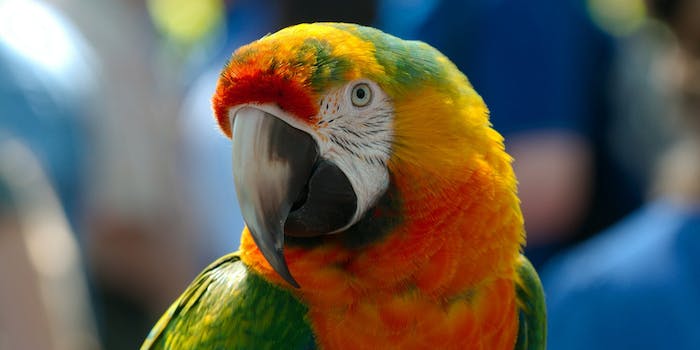 Drying is going to take a little longer this time.

Oliver the parrot loves to feel the wind underneath his wings—especially if the air is coming from a blowdryer.

YouTuber Vulpeste posted this video of her bird dancing around on her head while she gets ready for the day. But instead of peacing out once she revs up the blowdryer, Oliver wants that blown-out-feathers look.

As if this colorful parrot could get any prettier.