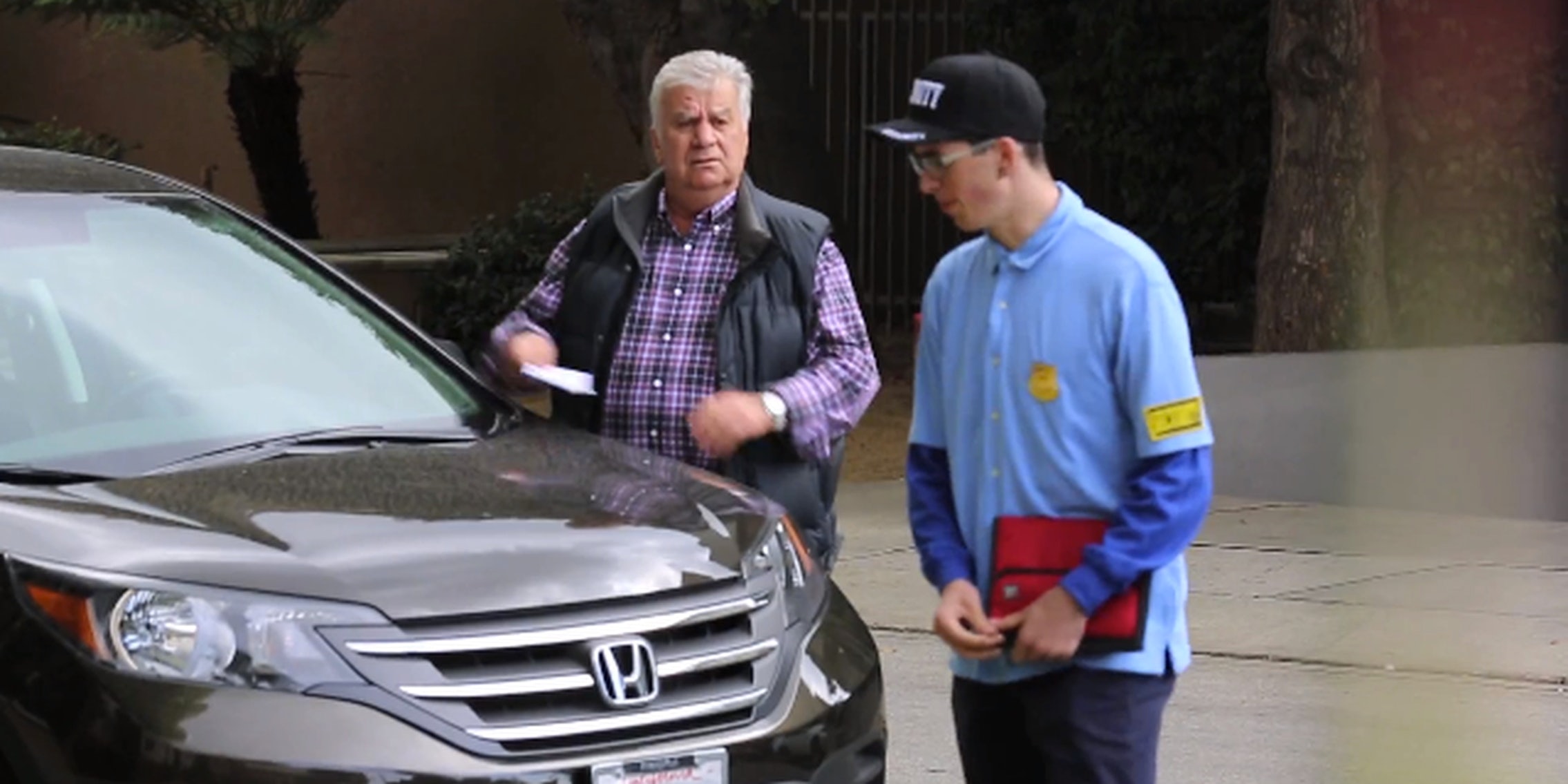 This parking ticket prank will actually make you smile

When it comes to parking tickets, this is a rare happy ending.

Let’s face it—most YouTube prank videos are painful to watch. The joke frequently comes off as more cruel than funny, and the revelation that, haha!, it’s all in good fun, doesn’t seem to justify the anger or distress the prankster has caused.

But, here we have an exception. YouTube prankster Sam Pepper, who frequently falls into the previously mentioned category, has posted a prank that ends without you wanting to punch your computer screen.

In the video, he wanders the street putting parking tickets on legally parked cars, some of them with drivers still inside. Of course, the drivers are angry—but it’s quickly resolved in a pretty heartwarming way.