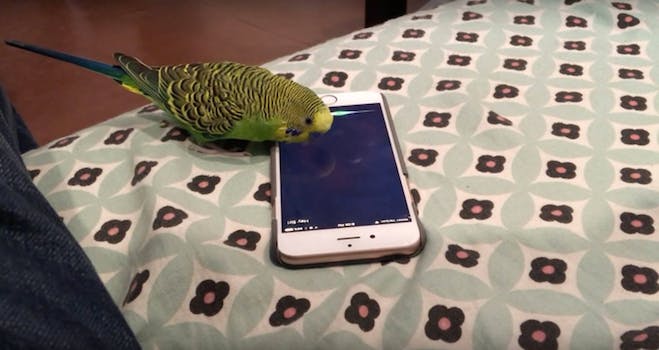 A parakeet isn’t letting something like, well, being a bird stop him from using Siri on his owner’s iPhone.

YouTuber zakooldude‘s 2-year-old parakeet Kiwi started to say “Hey Siri” after hearing his human say it around the house. With enough practice and exposure, Kiwi started to imitate Siri’s chimes as well, and the bird was soon able to activate Siri with his voice—even though the phone is supposed to be keyed to its owner’s voice.

Sure enough, Kiwi can get himself into a conversation with Siri, although giving her a command or a request proves to be beyond him.

He’ll be ordering pizzas in no time.