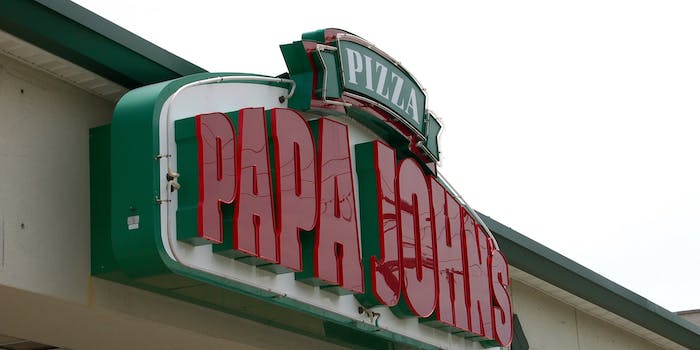 What started out as a prank call turned into two Papa Johns restaurants exchanging pizza dough.

Prank phone calls have gotten a lot more sophisticated since the introduction of the smartphone. No longer are kids calling to see if people’s refrigerators are running, or if poor Prince Albert is still trapped in that can. At some point, someone figured out that you can now call two businesses at once, put them on the phone together, and cause massive amounts of confusion. See for instance Burger King calling McDonalds, or two Chinese food places trying to figure out who is placing an order.

These calls might be funny, but they’re also probably a frustrating waste of time for the victims, who are simply trying to get through another day at a low-paying customer service job.

Fortunately for everyone involved, this Papa Johns call turned out to not only be hilarious but somehow also a useful business meeting. The video was actually posted to YouTube over a year ago, but really blew up Wednesday when it was posted to Reddit, where it received nearly 20,000 upvotes.

It’s pretty easy to see why people love it so much.

The call starts out with both parties being confused, but they somehow get past that and, totally ignoring the fact that neither of them called the other. They manage to strike a deal when it comes out that one of the restaurants is low on pizza dough. It’s actually an amazing study in how the human mind deals with information. If you’re put in a confusing situation, simply change the narrative to something that makes sense, and plow forward.

Although that’s a bit harder if you’re doing something like talking to 19 Dominos Pizza places at the same time.