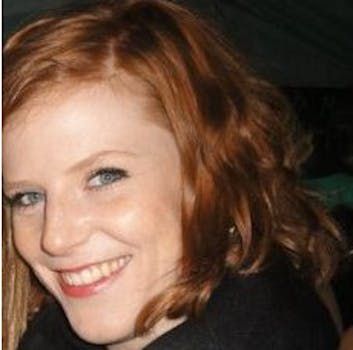 An Oxford University librarian has been fired for facilitating the performance of a reenacted "Harlem Shake," but the students involved say the bookworm had nothing to do with the act. Now they're fighting to help her get her job back.

An Oxford University librarian has been fired for facilitating the performance of a reenacted “Harlem Shake,” but the students involved say the bookworm had nothing to do with the act. Now they’re fighting to help her get her job back.

School librarian Calypso Nash was working in the St. Hilda’s College library at 11:30pm on the night that the notorious “Harlem Shake” went down last month. She was sitting at her desk, presumably checking out anthologies or memorizing the Dewey Decimal System when a raucous, altogether contained rendition of the “Harlem Shake” broke out between a series of four desks.

Like most Harlem Shakes, the chaos lasted for 15 seconds, after which the students—dressed in horse heads, football equipment, squirrel suits, and Pussy Riot costumes—likely went back to whatever they were doing beforehand: studying, reading, chatting calmly, whatever.

Nash, who’s also a graduate student at the University, never did anything about the antics and went about her job accordingly. One month later, she was fired from her post for not doing anything to stop the performance.

The students, roughly 30 of them, were fined for their actions.

It’s the former’s sanctions that’s left those students so incensed. This week they’re going to great lengths to get their librarian reinstated.

St. Hilda’s Junior Common Room passed a motion calling for the reinstatement of Calypso Nash Monday, requesting to JCR president Esther Gosling that she “Ask for a written reason for the decision from the Head Librarian, and also to bring the matter to the attention of the governing body, calling in the strongest terms for Calypso to be rehired.”

The students also called for Gosling to write to the school’s Dean asking for the fines to be overturned, arguing that “the Harlem shake did not cause a disturbance coming as it did at 11:30pm on a Sunday evening” and that the event “only lasted roughly 7 minutes.”

Both motions passed at the meeting. Gosling will present the JCR’s arguments to the Head Librarian and school Dean this week.

“We are not trying to deliberately undermine any decisions made by college authorities, but we believe that the dismissal of the librarian in question was unfair,” JCR secretary Katie Meadon told Oxford’s Cherwell newspaper. “We hope that the college will take the JCR’s opinions into account regarding this matter.”