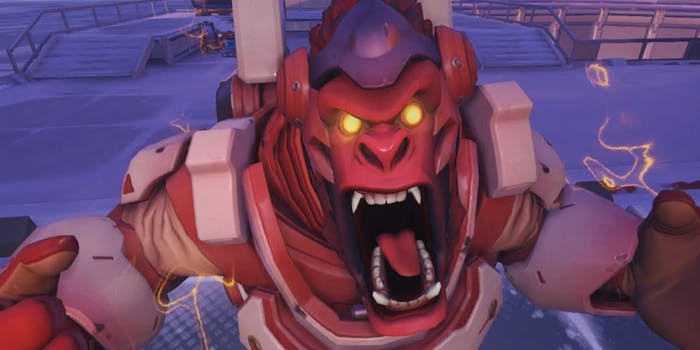 His wife gave him a mood worksheet, and everyone else wanted one, too.

Male rage is a constant topic of conversation in 2018, whether it’s linked to major tragedies like mass shootings and targeted bombings, or simple, everyday transgressions like getting mad over a multiplayer video game. And, with anger as the default emotion for many young men, it can be hard to open a conversation about where that feeling comes from and how to channel it. There may be hope, though, in the heartwarming story of one passionate Overwatch player and his wife, a therapist.

According to the gamer, who posted his story on Reddit, his wife noticed how upset he would get when he lost a match on Overwatch. He would rage out at his opponents, his teammates, and himself, and he seemed to believe the game was unfair. In some gaming communities, this is called “going on tilt.”

So his spouse gave him a mood worksheet that’s commonly used in Cognitive Behavioral Therapy, the process of identifying and changing the distorted thoughts that make you feel bad. When he really took apart what he was thinking after a bad loss, he was able to see that he was being hyperbolic, talking about the situation in absolutes, focusing on the negative parts of the match, and minimizing the positive.

As you can see from the numbers he recorded, his feelings of frustration, anger, and inadequacy almost disappeared once he worked through them. Maybe they’ll pop up again after future losses, but that’s okay! He now has a framework for processing those emotions.

The best part is that, rather than mock this gamer for having feelings, his fellow Overwatch players thought what he’d done was pretty cool. They started asking questions and even wanted blank worksheets so they could try the exercise themselves. The mood in the comments was healthy and supportive—unlike the mood in many Overwatch matches played with random teammates.

“Hey thanks for posting this OP,” one person replied. “reading those cognative distortions really hit home for me, i do almost all of those in games, not sure how to fix it but i feel better knowing that its human problem, rather than my brain being a scrambled mess.”

“Honestly, I’m gonna try to use this worksheet for more than just Overwatch,” wrote another person. “I’ve got high anxiety/depression and just today I was really off and upset. Played a couple games and that made it worse. I think this can be a super healthy tool to help pull me out of that state and become more objective to the reality of the situation instead of thinking I’m worthless garbage.”

Given that the nature of a lot of online gaming is purely competitive, and the cooperative aspects of Overwatch can be the hardest to master, it’s uplifting to see a bunch of (mostly) dudes who just want to help each other feel better.