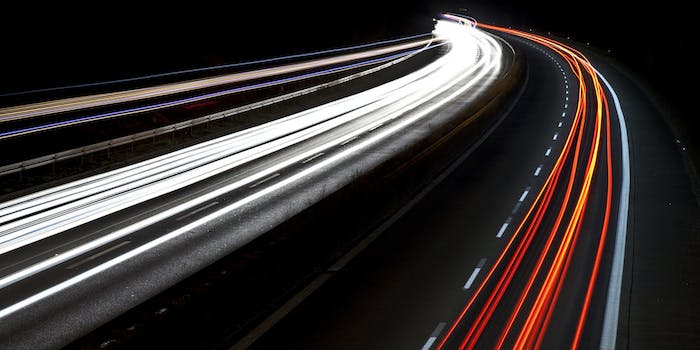 Tesla’s robot cars are nice, but we should still be allowed to drive

It's time to get defensive about driving.

Last week, billionaire inventor Elon Musk ruffled the feathers of car lovers everywhere when he suggested that human operation of a motor vehicle may one day be outlawed. Unveiling the soon-to-be-released “Autopilot” feature for Tesla’s line of electric cars, Musk stated “it’s too dangerous” to allow humans to drive themselves once self-driving cars become commonplace. Comparing human drivers to elevator operators, Musk said “You can’t have a person driving a two-ton death machine.”

Musk later took to Twitter to walk back his comments, clarifying Tesla is “in favor of people being allowed to drive their cars and always will be.” But the forced rush toward a future in which safe, logical, driverless cars replace clumsy, emotional humans almost seems too great to fight. Autonomous features are being unveiled by every major automaker. Toyota and Ford have had self-parking cars for some time. BMWs can stop on a dime, even if you drive the car straight at a wall. As the Verge’s Chris Ziegler points out, “self-driving” is a spectrum that encompasses a lot of features and technologies, not just one, and the road to full automation has been paved with small developments over time.

Autonomous features are being unveiled by every major automaker.

Even in the face of futuristic technology such as Google’s self-driving cab, however, humans have and must retain a role in transportation. Tech companies and carmakers have reasons to want you to believe that the future of driverless cars is already here, but they couldn’t be farther from the truth. The technology currently surrounding driverless cars has been inflated by fanboys and those designing it, painting them as a picturesque solution that will bring about a transportation utopia.

Except the technology itself has gaps that it might not ever be able to fill. For starters, simple road hazards still flummox Google’s self-driving car, the most advanced project in its field. Heavy rain, for example, can confuse the car’s sensors. Doing most of its driving in the sunshine and splendor of the Bay Area, Google hasn’t even tested the car in snow, sleet, or icy roads for safety concerns. The car can’t even tell the difference between a pothole and clean pavement or a child and a squirrel.

Perhaps the largest issue facing Google’s automated car is its most famous feature: knowing the road its on. Currently, Google must preview and scan every aspect of every road—down to the individual driveways—in order to have their car operate safely. It’s an incredibly inefficient method that has no easy replacement for now, and it might be the reason the Google car dies before it ever sees a sales lot.

While such issues might just be a matter of time and engineers, the moral decision making of a driver cannot be replaced by automated systems. As others have noted, driverless cars will definitely face a situation in which they must decide what lives to save in the case of an accident.  As Patrick Lin of Wired notes, self-driving cars will likely be tasked with deciding what maneuver gives the highest chance of survival: Could it hit a motorcyclist who’s wearing a helmet in order to avoid a car full of unbuckled passengers? In fact, driverless cars might even sacrifice their occupant in the name of saving others.

Driverless cars might even sacrifice their occupant in the name of saving others.

Even if we assume that the never-ending funding of engineers and programmers will one day remove these dilemmas (which is a major assumption), we also face the ethical quandary of forcing the power of operating a vehicle out of the hands of people and into the hard drives of computers. While Musk believes “the public” may outlaw drivers, the public seems pretty happy driving themselves for the time being.

Even if we put aside the extensive regulatory matters self-driving cars must confront, developers should not diminish the importance of public opinion. In a recent Harris Interactive study, 88 percent of respondents expressed concerns about driverless cars. Seventy-five percent were concerned about the technology itself, with 80 percent expressing fears about “glitches” that could turn the convenience of a driverless car into their death. This hardly seems like a public poised to embrace this disruptive technology.

And whether Musk likes it or not, people still like being in touch with the experience of driving. For those that suggest self-driving cars will be mandatory, it’s highly recommended they check out the history and survivability of the stick shift. Seventy years after automatic transmissions were first developed by General Motors, automakers have seen an uptick in manual car sales.  Although automatics represent a titanic majority of cars sold, the uproar from car enthusiasts if the government were to outlaw manual transmissions would be loud and swift; they still buy plenty of Subarus and BMWs with a stick shift. One could easily predict the same from car enthusiasts who will simply refuse to give up control to a computer.

Car enthusiasts who will simply refuse to give up control to a computer.

To be clear, this is not an argument against the self-driving car. By all measures, automation of most drivers will make the roads continually safer, reducing accident fatalities by 90 percent. But the outlawing of human drivers as Musk has predicted is a strong skid into impractical and morally dubious territory. Self-driving cars might be what most people will want in the same way most abandoned the stick shift, use cruise control, and love their GPS. But the role of driver continues to hold a practical purpose as well as an emotional one.

The poet Carter Revard once wrote that driving made him feel like “technology is freedom’s other name.” The sense of control one gets from operating a motor vehicle is a distinct part of the American identity, giving us a landscape outside of our own homes, neighborhoods, towns, or states. From Sal Paradise to the Hoovers, the act of travel has helped to define our inner and outer selves and enrich our cultural identity. As others have pointed out, driverless cars could lead us toward a future of somnambulism, ignorant to the world around us except when it intrudes upon our daydreaming. It’s a dangerous technology that makes us reliant upon a masterful system that can’t handle black ice let alone the moral treachery of self-preservation.

Photo via senscience/Flickr (CC BY SA 2.0)