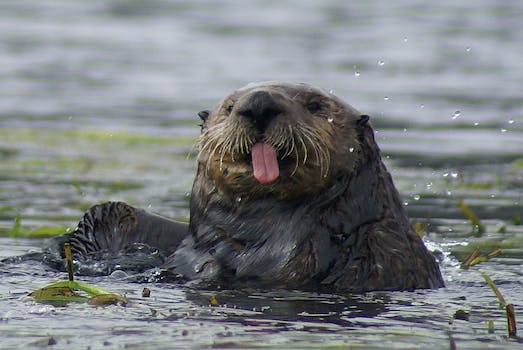 Apparently otters can be real jerks.

But here’s a quick lesson: Don’t drop the OtterBox near an actual otter. Because if that happens, you’re going to be totally screwed. The adorable little guy will destroy your phone.

Valley News Live reported that after someone dropped their phone in the otter exhibit at the Red River Zoo in Fargo, N.D., “the otter would retrieve the phone, chew on it, and drop it back into the water several times.”

When you see how much damage the otter does to the phone protector, it’s a small miracle the animal couldn’t bypass the security system on the actual phone. There’s no telling what it would have done with an unlocked iPhone.

The otter’s reaction to the OtterBox, though, shouldn’t be surprising. After all, otters can beat up a caiman, mess up a baby alligator, and maim a monkey. Hell, they’ll even take on a human. (And I’d certainly advise you not to click on this link about otters and baby seals. In fact, don’t click on any of the links in this paragraph if you think otters are cute.)

Don’t let this dissuade you from putting an OtterBox on your smartphone. One of those cases will still protect your phone from almost anything besides a real-life otter.