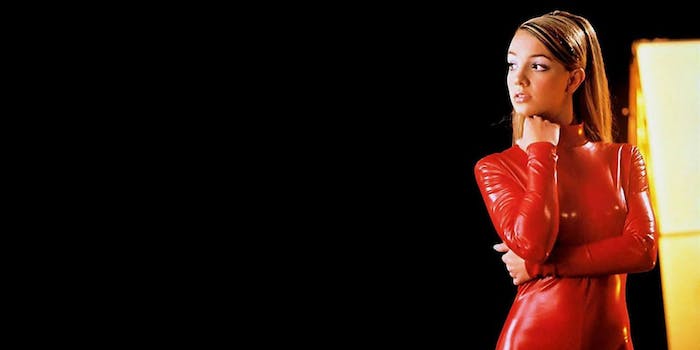 Britney Spears squeaks through a musicless version of ‘Oops!… I Did It Again’

What happens when you strip the music from a Britney Spears music video? A whole lot of vinyl squeaking, apparently.

YouTube user Mario Wienerroither, of the Musicless Music Videos channel, plucked the tunes from the pop singer’s 2000 single “Oops!…I Did It Again” and replaced it with what we all know a full-sized plastic body suit would sound like. The result is glorious.

It’s only a minute long, but the video manages to cram a whole bunch of awkward into its brief time slot. The clip used for the parody is an uncut shot of Spears dancing and singing in her red jumpsuit, which was eventually cut into bite-sized portions for the actual music video, giving it a bit of a backstage feel but also adding plenty of chances to splice in goofy sound effects.

The constant “poof” of the fireballs in the background is definitely a great addition, but the entire thing is a joy to behold.