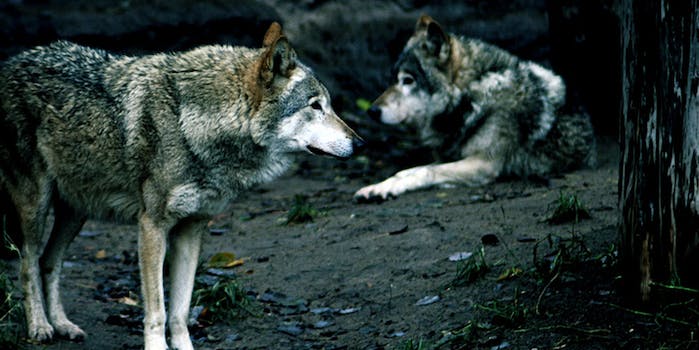 Is there a wolf stalking the halls of this Olympian’s Sochi hotel? (Update)

The hotels where athletes and press have stayed for Sochi’s Winter Olympics are the stuff of nightmares, as extensively reported. Even so, we were hardly prepared for the footage U.S. luger Kate Hansen shot of what appears to be a lone wolf roaming her hallway.

“I’m pretty sure this is a wolf,” she wrote in a YouTube caption (the 21-year-old Californian might have had an easier time identifying a coyote). Commenters predictably took issue with that taxonomy. Most said the canine was too small to be a wolf; some saw a wolf hybrid, or Alaskan malamute, while others wrote it off as a stray Siberian husky—as if dogs of those closely related lupine breeds couldn’t tear your throat out if they felt so inclined.

The most plausible explanation for the fearsome, furry visitor was also the most unsettling: “That is Vladimir Putin at night. He turns into a human shape at sunrise.﻿” Um, remind me to check under my bed for shapeshifting dictators before I go to sleep.

Update: The whole thing was another elaborate hoax by none other than Jimmy Kimmel, who’s been deriving some sick pleasure out of making news media—and the entire Internet—look stupid. (Remember the time he made a girl twerk herself into lit candles?) Still, it says something about the state of things in Sochi that wolves roaming hotels actually seemed plausible.