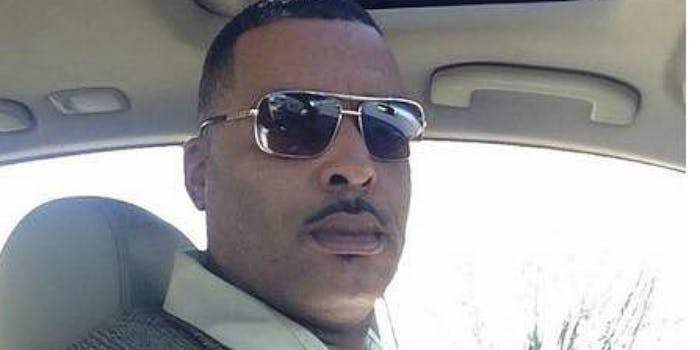 When asked why he didn't show up in court, he cited the Gingerbread Man.

When your mugshot is putrid and you don’t feel like it represents your best self, there’s no crime in sending the police a selfie while you’re on the run.

Donald “Chip” Pugh, 45, is wanted by the Lima, Ohio, police department for failing to appear on a drunk-driving charge. He is also a “person of interest” in unrelated arson and vandalism cases. But if you think Pugh is concerned with his legal status, you’d be wrong. All he cares about is lookin’ good.

But the Lima police department’s effort was not one that Pugh appreciated. So, he did something about it.

Lt. Andy Green of the Lima Police Department recently spoke with Pugh and asked him to turn himself in, but Pugh said he wasn’t in the state. More than 1,600 people have liked the Facebook post, and it’s also received more than 2,500 shares.

“He’s drawing more attention to himself, which is going to make it easier for us to locate him, because the more attention that this post garners, the more people are going to see it, the more tips are going to come in about this guy,” Green told the website. “So our hope at this point is that he will come to his senses and turn himself in and stop making this worse for himself.”

Pugh conducted a radio interview on 104.9 FM last week in which he defended himself for sending in the selfie.

“Man, they just did me wrong,” Pugh told the radio hosts. “They put a picture that made me look like I was a Thundercat or something.”

As for why he didn’t show up for his drunk-driving charge, he said, “When I was a little kid, my grandmother told me a bedtime story. My hero was this character, who used to say, ‘Run, run, fast as you can. You can’t catch me, I’m the gingerbread man.’”