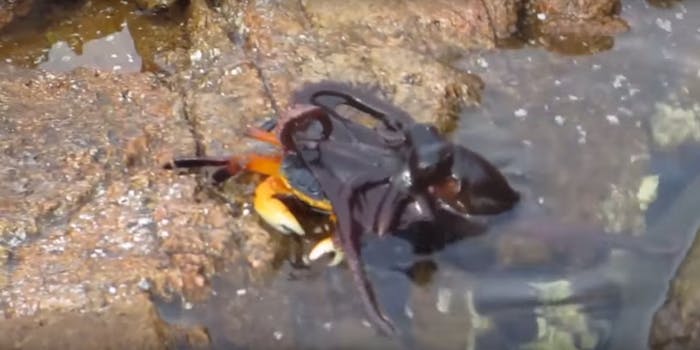 Never try to fight an octopus.

Octopuses are terrifying. Cool, but terrifying. And we need no further proof than a recent video. (Actually, it’s not that recent, though the outstanding Aussie narration here certainly is.)

If, for some odd reason, you have a soft spot for crabs, this clip may be a little disturbing. In the space of just a few seconds, an octopus leaps out of a pool of water to wrestle a crab across the rocks, eventually dragging it back to its underwater lair.

This is already some fairly dramatic seaside theater, but the Australian commentary is what really turns it into must-watch content.