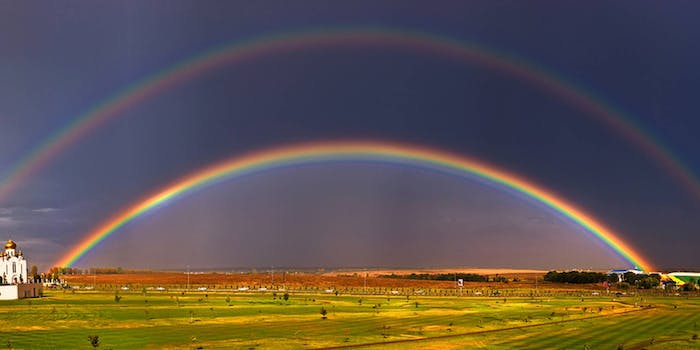 No, this octo-rainbow isn’t real and we should have known better

Is one rainbow not good enough for us now?

If you’ve forgotten how we should all be reacting to these miracles of nature, than watch this video again, like it’s the first time.

And if a double rainbow is that impressive, how impressed should we all be by an OCTO-RAINBOW!?!

So, what does THIS mean?

But hold on, slow down that heartbeat, and cease that screaming. Something’s not quite right here. Multiple rainbows are indeed scientifically possible, and even quadruple rainbows have been reported in rare conditions. But eight seems a bit excessive, and indeed it is.

According to Snopes, this octo-rainbow is a fake that violates the law of physics, but we really didn’t need our favorite hoax busters to figure that one out. The Photoshopping is pretty well done, but the creator pushed it too far with that last rainbow.

It’s just too damn swoopy, man. That thing looks like it was barfed up by a drunken gnome on his way home from some elf’s 21st birthday party.

Turns out it was taken from a still-pretty-rare-but-not-impossible quadruple rainbow photo that was shot two years ago.

You can vaguely see the fourth rainbow on the right side of the photograph.

You’d think four rainbows would be enough for anybody, but some people just feel the need to see how far they can push things. Imgurians, however, were not be fooled.

Bottom line: Rainbows are already fantastically awesome, and you don’t need to go messing around with them. Next time, try doing something with fog. That shit is boring as fuck. 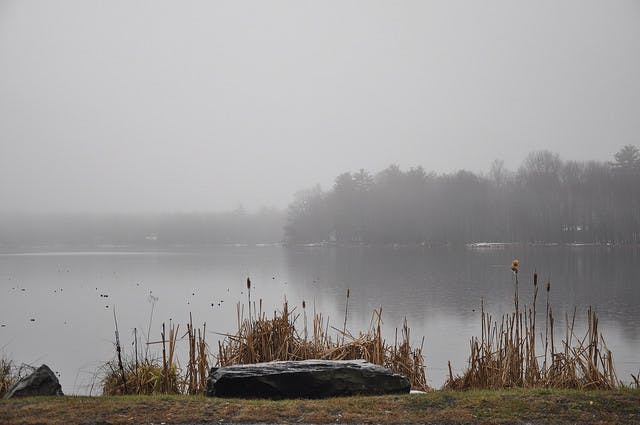