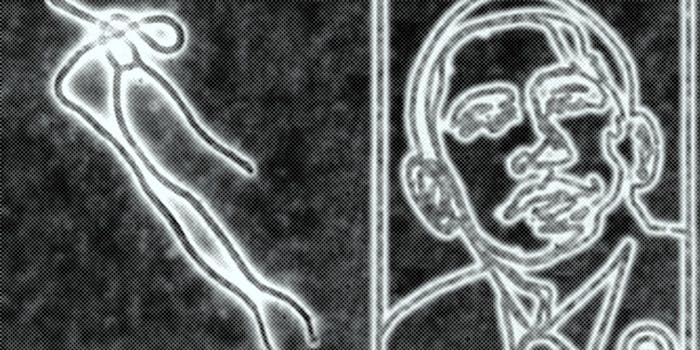 There is a disease infesting this country. We welcomed it into our homes in 2008 and again in 2012.

There is a disease infesting this country. We welcomed it into our homes in 2008 and again in 2012, and now it is gripping our land like a scorpion with its pincers wedged deep into the American experience.

The disease is Obola, and in the past few days, conservative Twitter has been bravely warning the American people about the devastation it has foisted on our country. Patriots saw the news of the first American Ebola case as a vindication of their long-held belief that President Barack Hussein Obama had exposed the United States to scary new threats from abroad. Now that Ebola has entered the country, truth, justice, and the American way are under direct assault.

What does “Obola” even mean

Don’t worry, we’ll get there, Stefan. On Tuesday morning, Fox News host Gretchen Carlson gave the clearest summation yet of the numerous ways in which Obola has weakened America and cast a dark shadow over the people of the greatest nation on Earth.

“What more and more people seem to be asking about Ebola now isn’t that they are necessarily scared about actually getting the disease, but that they’re scared the government agencies responsible with helping us if we do get sick might not be up to the task,” Carlson said, with an eloquence that is second to none. “So if Ebola becomes a bigger issue, the question still remains: will we be safe?“

Unfortunately, most people cannot avail themselves of a top-ranked cable news network when the urge to express their fears becomes too powerful to ignore. For most of the patriots grimly living through these dark times, the only way to cope with deep-seated anxiety about the erosion of American character is to tweet about the president’s neglect of his sworn obligation to protect the country.

#Obola is a terrorist. Let NSA, IRS, DOJ, VA wage war against our freedoms & he must be stopped. #Vote @ChipGates1 @Philscbx

There seems to be no limit to what the disease can do. Its rapid spread has disturbed even members of the liberal mainstream media.

The chief champion of everything America is, and has always been, convicted felon Dinesh D’Souza. In the past few days, D’Souza has closely monitored the terrifying disease from his Glenn Beck–endorsed emergency bunker.

Which is worse: EBOLA, the disease; or OBOLA, the dream from his father?(with illustration) https://t.co/zsWqu4KuqR

OBOLA, n. Demented ideology that seeks to reduce US wealth and power to atone for imagined oppression http://t.co/Hx6gXa9bBK

Why is Obola such a threat? Because that continent across the Atlantic Ocean where the recent Ebola crisis began is such a scary place, full of untold threats to the American way of life. Here are some of the many patriots who are deeply concerned about that scary continent with its vast array of mysterious dangers.

#Ebola and #Obama are from Africa. Coincidence? I don’t think so. #Obola

The pundits kept saying that #Obola would never come to the U.S. from Africa, but he’s been here for years. #obamacare

The #Ebola crisis in Africa is real. The pending #Obola crisis in the US is just O’s way to thin the herd & simultaneously grab more control

Does anyone think this will not continue until W Africa is cut off. Intentional lying to get in US. #Ebola #Obola http://t.co/gcobePabUo

The most breathtaking thing about Obola is how far-reaching it is. In just a few days, it has spread to the military…

The effects of Obola will linger long after the last traces of the disease have finally been stamped out. The legacy of this chilling experience will profoundly alter the American people. For now, with Obola still loose in this country, we can only hope that the pun-spinning, meme-making, grammar-defying efforts of conservative Twitter will be enough to hold the line.

Because god knows the CDC and its “experts” aren’t helping at all.