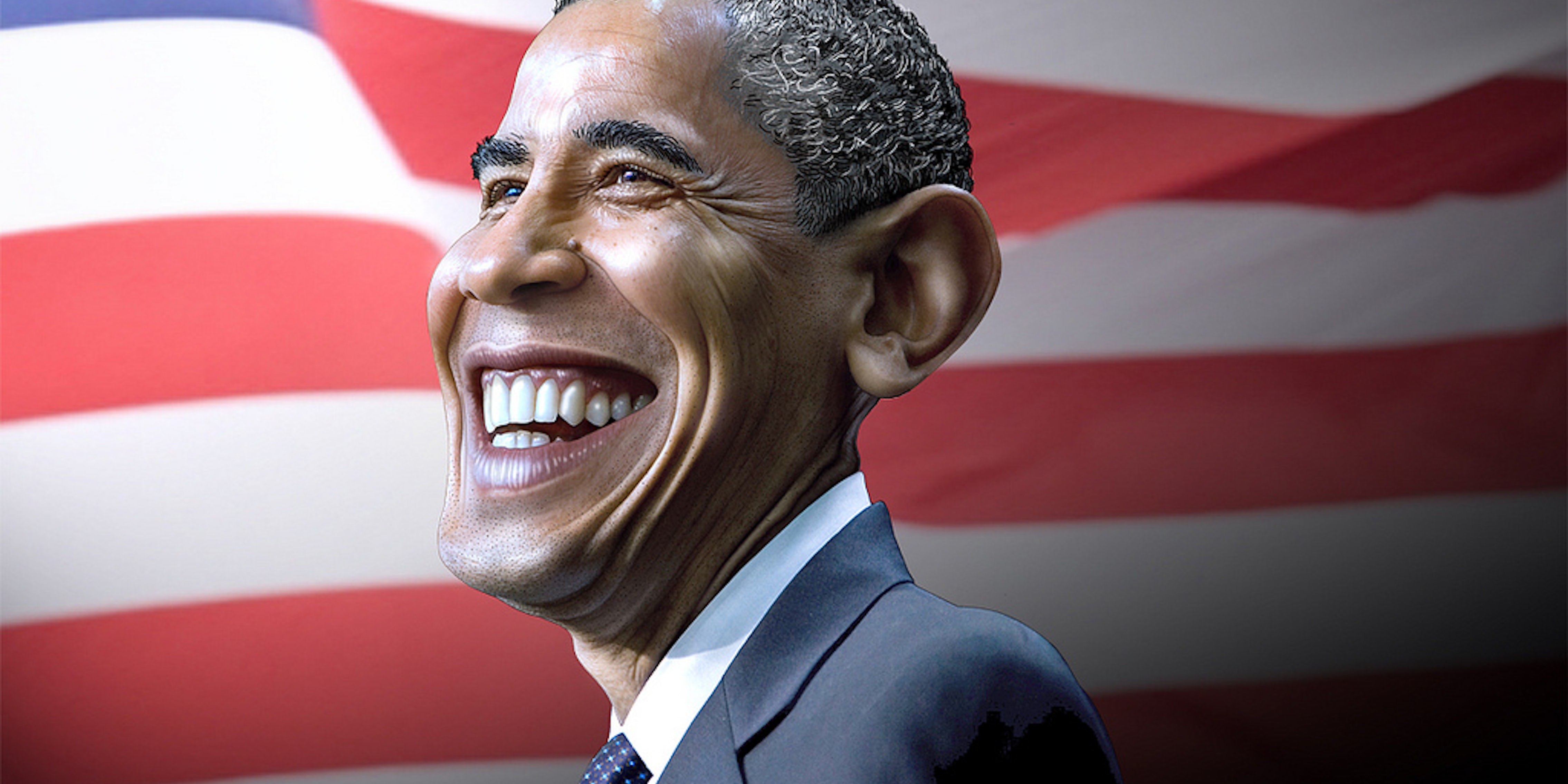 It's time to put down the Internet anti-vaxxers once and for all.

“The science is, you know, pretty indisputable.”

Those were President Obama’s words in an interview with NBC News’ Savannah Guthrie earlier this week during which he urged parents to get their children vaccinated. While it’s tempting to praise the president for standing on the side of science, he has been inexcusably reluctant to fulfill his constitutional responsibility to protect the general welfare—in this case, preventing a potential epidemic by making school vaccinations mandatory. “He was clear that we don’t need a new law,” explained White House Press Secretary Joshua Earnest on Tuesday, “we need people to exercise common sense.”

If the Obama administration is sincere in their call for common sense, then it’s important to review the three reasons why basic logic requires them to make school vaccines necessary and put down the Internet anti-vaccination movement once and for all.

According to the Center for Disease Control (CDC), there were 644 documented cases of the measles in 2014, by far the largest number since records on measles elimination were first recorded in this country. This year is shaping up to be even worse; as of January 30th, 102 documented cases of the measles have been reported across 14 states, with most being traced back to an outbreak in Disneyland.

While the measles statistics are sobering on their own, they pale in comparison to the numbers detailing the illness and death caused by the anti-vaccination crusaders. Between 2007 (when the movement started to become popular) and January 24 of this year, there have been 145,382 confirmed instances in which a patient was diagnosed with an illness that would have been prevented by vaccination. Over that same period of time, 6,382 of those patients died.

In light of this data, it makes perfect sense that a California father recently wrote a letter to his school asking that unvaccinated children be banned from attending to protect his 6-year-old son, who has leukemia and would thus be especially vulnerable to getting sick. Just as Carl Krawitt is doing his duty as a parent, so too must Obama do his duty as a president. After all, he is responsible for not merely one life, but more than 300,000,000.

2) It will strike a blow in favor of science.

The belief that vaccines cause autism is based on a paper published in 1998 by Andrew Wakefield, a British medical researcher who (not coincidentally) had filed a patent for a new vaccine one year earlier. His findings were discredited almost as soon as they were published, with a subsequent investigation revealing that Wakefield had manipulated his data and reached his conclusions “dishonestly and irresponsibly.” Since then, 10 of the 13 scientists who contributed to Wakefield’s paper have withdrawn their work.

While facts like these should theoretically consign a given belief system to its rightful place in the ash heap of bad ideas, we live in a time when science itself is under attack. The debate over mandatory vaccination is certainly a powerful example of this. According to a Pew Research Study released last week, only 13 percent of scientists believe parents should be allowed to decide not to vaccinate their children, despite 30 percent of the general public holding that opinion. That said, there are plenty of other fronts on which the war against science is being fought. For example, although 97 percent of scientists agree that global warming is man-made, fewer than half of Americans believe the same thing. Similarly, while 98 percent of scientists accept evolution as a fact, only 65 percent of the public feels the same way.

In other words, the “common sense” that Obama’s press secretary urged Americans to follow is nowhere near widely spread enough. Even worse, like climate change denialism, the Internet anti-vaccination movement is using its ignorance to cause tangible harm to innocent people. Ignoring urgent scientific facts comes at a terrible price, something that Obama almost certainly already knows. Now is the time for him to do something about it.

3) Politically speaking, it’s the smart thing to do.

According to a poll taken last August, 76 percent of Democrats and 65 percent of Republicans support mandatory vaccinations. While both of those figures are far too low, they at least reveal that substantial majorities in both parties understand the importance of preventing epidemic outbreaks of preventable diseases. As news stories like the measles outbreak continue to spread, it’s unlikely that those figures will fall anytime soon, putting Obama in a political win-win should he call for mandatory vaccination: If the Republican Congress backs him, he’ll be able to claim credit for a meaningful achievement, and if they don’t, he can allow them to bear the onus of responsibility.

Not surprisingly, even those Republicans that initially attempted to pander to their party’s fringe on this issue were soon forced to backpedal after realizing the imprudence of their decision: After initially supporting “some measure of choice” for parents, Chris Christie has been reduced to insisting he was only saying that “different states require different degrees of vaccination,” while Rand Paul—who at first claimed to have heard of “many tragic cases of walking, talking, normal children, who wound up with profound mental disorders after vaccines”—now claims to be “annoyed that people were trying to depict me as someone who doesn’t think vaccines were a good idea.”

While Obama isn’t guilty of transparent flip-flopping on the level of Paul or Christie, his unwillingness to do what 86 percent of scientists insist he must and require vaccinations leaves him vulnerable to the charge of waffling. The fact that his administration plans on cutting $50 million from an immunization program could exacerbate this perception (even though the cuts are only a reflection of the Affordable Care Act picking up those costs).

Last week, an obscure letter by acclaimed children’s author on the subject of vaccinations Roald Dahl went viral. After recalling the death of his young daughter in heartbreaking detail, Dahl memorably wrote, “It really is almost a crime to allow your child to go unimmunised [sic].” As hundreds continue to die and thousands get sick from preventable diseases, Obama is under a moral as well as political obligation to learn from Dahl’s observation. We owe our children, and the world, nothing less.