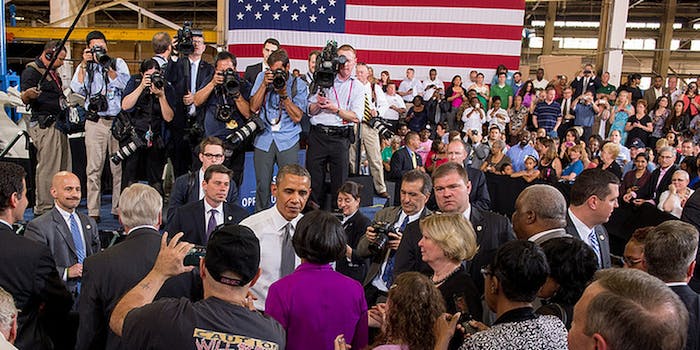 It remains to be seen if “POTUSface” catches on.

President Obama attended Nelson Mandela’s memorial service in South Africa today, and like many of the folks on Selfies at Funerals, he felt compelled to document the event. And then photographer Roberto Schmidt captured it for Getty Images.

There’s Obama on the right, employing the selfie overbite (which might be the male equivalent of duckface) plus British Prime Minister David Cameron on the left, and Danish Prime Minister Helle Thorning-Schmidt in the middle. And there’s Michelle, throwing enough side-eye shade to cover the country of Denmark. I feel ya, Michelle. Did they really need three hands on the camera? And did they really need to take a selfie at Nelson Mandela’s memorial? 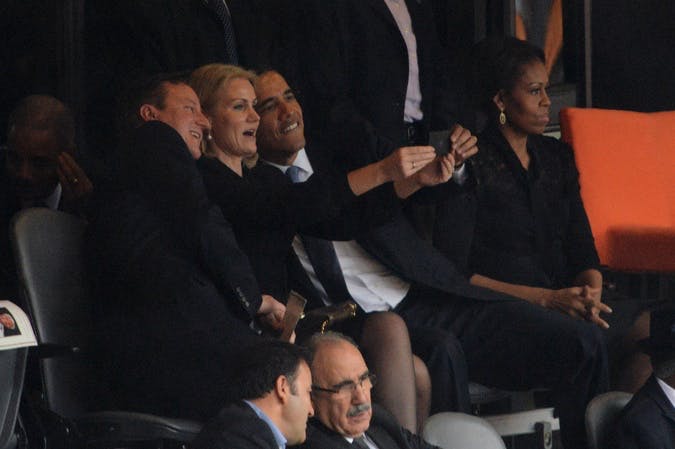 Of course, as often happens with these sorts of perfectly composed, instantly meme-able images, the Photoshopping has started:

Michelle has already made up her mind pic.twitter.com/rmlawVBvNi

LOOL RT @theferocity: *slides out of desk chair onto the floor* RT @samir: can u fucking not pic.twitter.com/CVOpGqpoF0

It remains to be seen if “POTUSface” catches on.