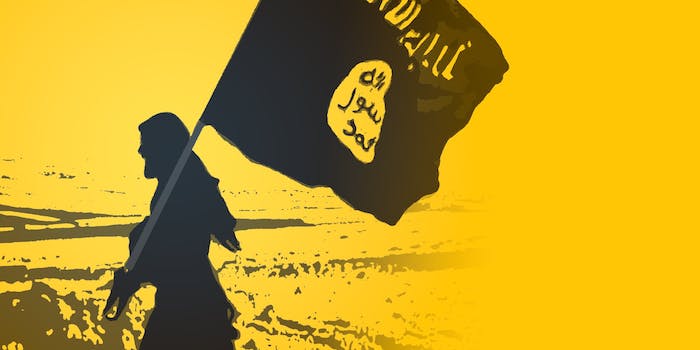 The new task force isn't the game changer the White House is so desperately looking for.

As a rookie reporter covering the Air Force in the early 2000s, a plain-spoken four-star general adequately summed up the Defense Department’s frustrating penchant for standing up a task force to address seemingly every problem facing the service.

“Look here, son,” he told me in his curt but folksy manner. “Task forces and blue ribbon panels are cul-de-sacs where good ideas are walked down and quietly killed.”

At the time, his gallows humor was aimed squarely at the Pentagon’s bean counters and the Air Force’s budget woes. But years later, I couldn’t help but hear his line reverberate in my head during the White House’s unveiling of a new task force to take on the Islamic State’s formidable propaganda machine.

On paper, President Barack Obama’s creation of a task force to take a “new” approach to stem the terror group’s expanding reach and appeal appears to be chock full of good ideas.

After a clear look at what Washington has—or better yet failed to achieve—in its battle against ISIS in the cyber world, this new task force seems less like the game changer the White House is so desperately looking for.

The establishment of a multi-agency “war room” spearheaded by the Department of Homeland Security to curb the Islamic State’s recruiting and radicalization efforts online. Allowing regional allies a larger hand in drafting anti-ISIS messaging, tailoring those messages to resonate more within their own cultural and societal norms. Drawing from the most innovative social media minds from Silicon Valley and tapping their expertise to develop innovative ways to extend efforts to counter the Islamic State online and on social media.

And after the attacks in Paris, San Bernardino and most recently Istanbul by reportedly self-radicalized ISIS operatives, the pressure to stamp out Islamic State’s viral appeal has never been higher.

But after a clear look at what Washington has—or better yet failed to achieve—in its battle against ISIS in the cyber world, this new task force seems less like the game changer the White House is so desperately looking for.

For example, one of the driving factors behind the new task force was the utter failure the recent State Department-led effort to battle ISIS online was. Backed by the top regional linguists and other experts drawn from State, Defense and the intelligence community, the Center for Strategic Counterterrorism Communications was well armed—on paper—to take on Islamic State’s hallmark propaganda campaign.

Pulling a page from the terror group’s playbook of ultra-violent videos and imagery, the CSCC put together their own would-be viral video . The video, entitled “Welcome to ISIS/ISIL land” attempted to dissuade potential ISIS recruits with the same bloody aplomb to rival some of the group’s most heinous work online.

It was met with criticism from counterrorism experts and analysts, who said U.S.-led efforts to mimic the group’s propaganda style only reinforced the notion they were doing something right. Even the former head of the CSCC Alberto Fernandez expressed doubt on whether the center’s mission—keeping ISIS converts off the battlefields of Syria and Iraq—had been achieved.

And the final nail in the CSCC’s coffin? The video generated less than 850,000 views on YouTube—a figure dwarfed by the millions of views and shares some of Islamic State’s most vitriolic videos garner at any one time.

So what has changed now? Under the new task force, the center has been curtailed, assigned to assisting allied countries in drafting their own indigenous anti-ISIS message. The center will also take a back seat to Homeland Security and the Justice Department in Washington and the tech wunderkinds at places like Google, YouTube and Facebook.

But even after a visit by America’s top cop and spy, Director of National Intelligence James Clapper and FBI Director James Comey, there is some concern among the scions in social media about Silicon Valley becoming too close bedfellows with Washington.

Twitter, Facebook and other social media platforms already have measures in place to restrict or remove content reportedly posed by or in support of the Islamic State.

Even the effort to help ally countries develop a coherent anti-ISIS message that can resonate regionally as well as locally is fraught with challenges.

Reports of the Silicon Valley meeting also noted government officials requested help in cracking various encryption programs, a request that could give Microsoft and Apple an indirect hand in hunting down ISIS propagandists—potentially reigniting the furor over the telecommunications sector’s complicity in domestic surveillance efforts by U.S. intelligence unveiled by NSA pariah Edward Snowden.

Even the effort to help ally countries develop a coherent anti-ISIS message that can resonate regionally as well as locally is fraught with challenges. A Saudi-led coalition to fight ISIS on the ground—much less in cyberspace—is already muddled in confusion and beset by long-standing cultural and religious schisms which has always made compromise in that part of the world a tricky business.

Could the U.S. back an anti-ISIS online campaign developed by Turkey that also takes unveiled shots at the Kurdish separatist groups Ankara puts on par with Islamic State, but who also remain the West’s best allies in the fight against the group in northern Iraq?

Would Arab states, such as Saudi Arabia, even be even willing to risk inciting opposition from the Sunni majority within their borders by actively tearing down Islamic State’s narrative of Shi’ite repression as part of any propaganda campaign?

But even if all the good ideas in the Obama administration’s new anti- propaganda plan survive the task force cul-de-sac, it still seems to leave the key question unanswered in Washington’s ISIS fight: If the Islamic State is not the right path, then what is?

“There is an appeal to violence, obviously, but there is also an appeal to the best in people, to people’s aspirations, hopes and dreams, State Department’s Fernandez said in an interview with The Atlantic. “We don’t have a counter-narrative that speaks to that. What we have is half a message: ‘Don’t do this.’ But we lack the ‘do this instead,'” he said.

And until the best and brightest from inside the beltway to Silicon Valley and everywhere in between can figure that out, it seems that this task force—and its boatload of good ideas—are destined for the same cul-de-sac I was told about so many years ago.

Carlo Munoz is a freelance foreign correspondent focusing on U.S. defense and national security policy, programs and operations. He was most recently a foreign correspondent with the Stars and Stripes, based in Kabul, Afghanistan. He also served as the National Security Correspondent for BuzzFeed, The Hill and Deputy Editor at AOL Defense/Breaking Defense. His work has appeared in the Guardian, Atlantic Media, Air Force Magazine, USNI News and elsewhere.