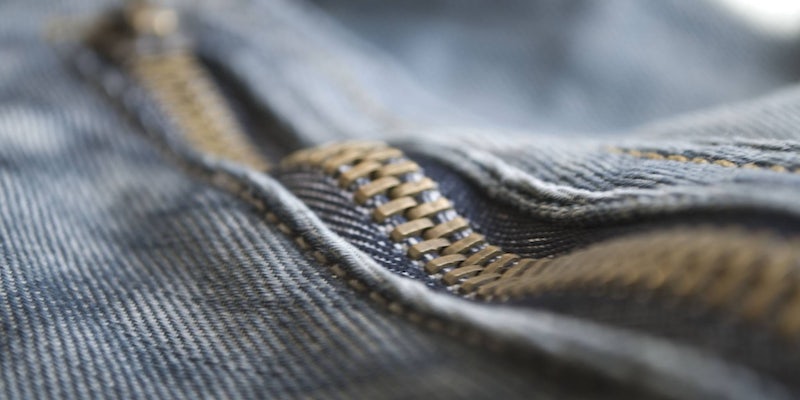 This GoFundMe wants to help our sartorially backwards President.

If you haven’t noticed, President Obama has a problem.

US will have to acknowledge civilian casualties and offer condolence payment, report @csavage This could be huge https://t.co/zpmidb6jXn

Yes, civilian drone strikes are an issue, but this is far more pressing than that.

That’s right! The leader of the free world has never heard of fitted jeans. Presumably, that’s a good thing. Obama’s likely thinking about more important things than the style of his pants. Now that he’s coming to the end of his presidency, concerned citizens are worried for the fashion future of our hottest president.

One man took matters into his own hands via GoFundMe, by launching a crowdfunding campaign in an attempt to raise $185 to get Obama a pair of APC jeans. “We know that the President likes jeans,” writes Hanson O’Haver of Brooklyn, New York, “and it would be cool for him to have a pair of raw selvedge denim to really break in and make his own.”

O’Haver is entirely serious about his mission. “I am reasonably confident that, if we reach our goal, I will actually be able to get the jeans to the President,” he told the Daily Dot over email. He says he’d rely on contacts and acquaintances to deliver the jeans to Obama. “Just as the GoFundMe campaign depends on the kindness of semi-strangers, so will the process of getting the President his jeans.”

O’Haver plans on including a small note instructing the President on how to care for his new jeans, as well as a receipt in case he feels like returning them.

As of publishing, O’Haver has raised $10 toward his goal. O’Haver understands some people may have concerns about his brand choice, but finds them to be a better option than Levi’s or “Japanese (or Japanese-inspired) brands.” “Spending nearly $200 on jeans is hardly an everyman move, but like, President Obama has been the most important person in the world for the last eight years. It’s fine.” Having those jeans will be one less thing for Malia and Sasha to be embarrassed about.

In other news, Momjeans is a really good Pokémon name.