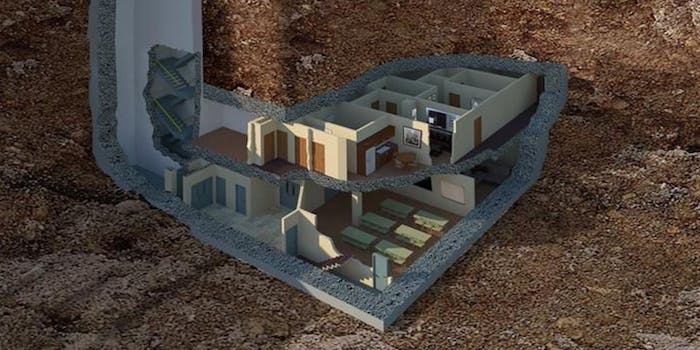 Anyone want to go in on this $17.5 million vintage nuclear bunker for sale?

On the master list of first-world problems, apartment hunting ranks fairly high. Finding a new place that’s comfortable and affordable every few years is a tedious, needlessly difficult task. That’s why you should strongly consider buying this $17.5 million underground nuclear fallout bunker: You’ll never have to move again—not even when the world ends.

A nuclear bunker just went up for sale near me

Harry Norman Realtors lists this once-in-a-lifetime property on its website, represented by one Sister Hood, and while it’s an “Address Undisclosed” type of posting—because what good is a nuclear bunker if all the cannibal mutants know where to find it once the radioactive dust of World War III has settled—it would seem to be in the vicinity of Atlanta.

What kind of pad do you get for a low eight figures? Check it:

So, who wants to go for a roommate/sitcom setup here? Because I’m getting pretty tired of having windows to look out of and a back porch to sit on in the summer. Plus I’d rather not be vaporized if I can help it.