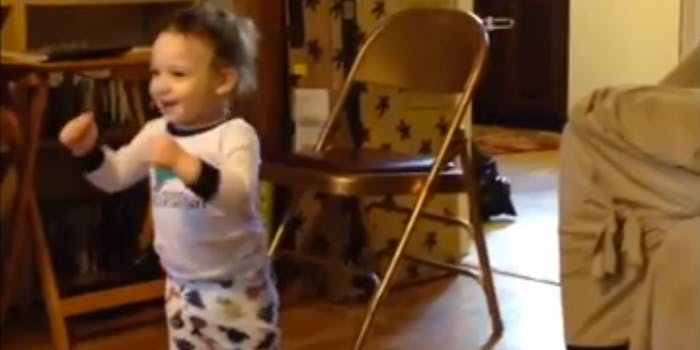 But the parents of one little boy were surprised to find their young son obsessed with opening theme music of NBC’s sitcom Parks and Recreation.

“My son stops everything he’s doing and starts dancing whenever he hears the Parks and Recreation theme song,” Larry Gallagher wrote in a YouTube post on Friday. He shared more than three minutes of his cute little son fist pumping like a champ to the chipper tune.

Leslie Knope would be so proud.