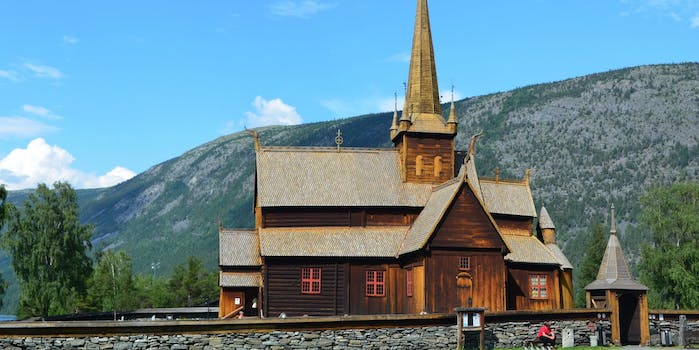 Norwegian church launches new website, and 25,000 members use it to quit

Atheism is just a few clicks away.

It might come as a bit of a shock that with cool gods like Odin and Thor running around, Christianity is still the most popular religion in Norway. Jesus, after all, did not have an enchanted hammer, or even a badass eyepatch.

But it seems JC is rapidly losing ground, not to the old gods, but to people who found out that quitting the official state religion now takes just a few clicks. The Evangelical Lutheran Church of Norway, to which over 70% of the population belongs, recently launched a website that easily allows people to join—or leave. Unfortunately for church officials, the latter option has proved far more popular. Since the website launched in August, only 1,177 have used it to sign up, while 25,743 people have used it to leave.

It’s part of a growing trend in Norway. This year marks the first time in the country’s history that the people who don’t believe in god outnumber those who do. When 4,000 Norwegians were asked the question “Do you believe in God?” 39 percent responded “no,” 37 percent said “yes,” and 23 percent said they didn’t know.

Still, the church seems to be keeping an open mind about the exodus. “We will continue to have a broad and open national church,” Said Church Council leader Kristin Gunleiksrud Raaum “But no one should be a member of a religious community against their will, and therefore I am glad that this self-solution is in place.”