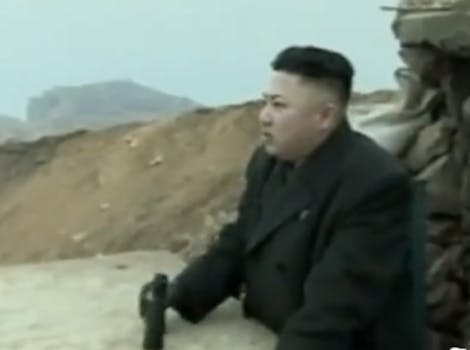 News spread on Monday that North Korea had not picked up a special phone line between it and South Korea, an example of rising tensions between the two nations. But just because the North was too busy to pick up the phone doesn’t mean it wasn’t trying to communicate with the outside world.

The North Korean government has been busy on the Twitter feed of its state-run news agency, @uriminzokkiri, basically blaming the United States and South Korea for anything bad that may happen in the coming days. At least, that’s according to some basic translations (via Google Translate).

In a series of official tweets on Monday, North Korea called the United States “imperialists.” It also mentioned that the North was giving up on the 1953 armistice which ended the Korean War.

One translated tweet said, “Invaders before the world (will face) the invincible power of the KPA.”

The tweets, however, result in little more than propaganda. The hermit nation first got on Twitter in 2010 to launch a PR-like campaign. Since then, it has only followed three other Twitter accounts, one of which belongs to Texas resident Jimmy Dushku. The 25-year-old says he doesn’t know why North Korea started following him, but they were welcome to continue.

“I always try to make friends with people from all different locations and backgrounds,” he told the Huffington Post.

Tensions have risen between North Korea and the rest of the world since it tested another nuclear weapon this year. So perhaps it’s time for Dushku to try a little Twitter democracy.