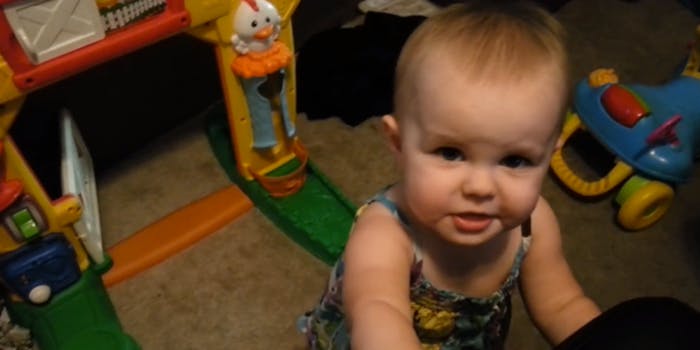 This might be the world’s youngest Nine Inch Nails fan

Do you have a fail-proof method to stop your child from crying? Does it involve the soothing sounds of Nine Inch Nails?

World’s greatest dad Gary Kennedy found out his young daughter is actually quite fond of the group. He explains:

“For whatever reason this song always makes her happy. The song is “Copy Of A” by Nine Inch Nails. It’s worth the buck or two for the track if it works this well.

I don’t own the rights to this song. I thank Trent Reznor for turning my crying child into a smiling dancer.”

Of course, this approach won’t work for every child. Some kids prefer the early stuff. You’ve got to wonder if, in 15 years, she’ll come across this video and be so embarrassed.

Looks like the new generation of music critics is here.