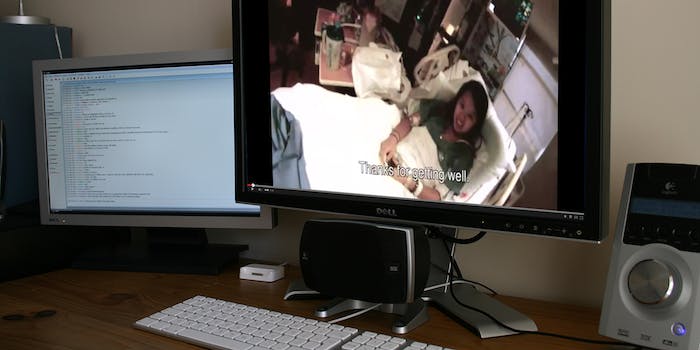 She appears to be in good spirits as she's being prepared for transport to an NIH center in Bethesda.

One of the two Dallas nurses who was infected with Ebola after treating a patient appears to be in good spirits in a new video released Thursday.

Nina Pham, who was part of the team that treated Thomas Eric Duncan before he died at Texas Health Presbyterian Hospital, was transferred to a National Institutes of Health clinical center in Bethesda late Thursday. Before she left Dallas, her farewell conversation with her physician and the team treating her has been distributed by the hospital with her permission.

Pham is seen wiping away tears as healthcare workers prepare her to be transferred, while Dr. Gary Weinstein, who’s filming, tries to cheer her up before she gets upbeat, even inviting the crew to Maryland with her.

“Thanks for getting well,” he said. “Thanks for being part of the volunteer team to take care of our first patient.”

Photo via William Hook/Flickr (CC BY 2.0) | Remix by Jason Reed