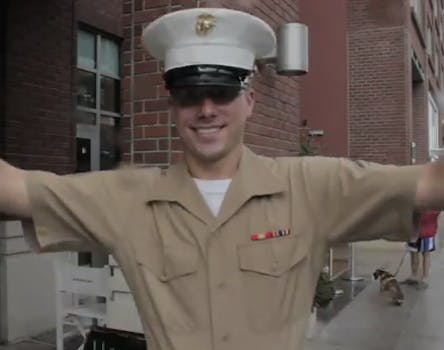 Behold! The Nicest Place on the Internet

Need a shoulder to cry on? This site can help.

We thought it was an urban myth. But the Daily Dot has actually discovered The Nicest Place on the Internet.

Created by art directors Jeff Lam and Lauren Perlow, the site basically offers a group hug in the form of a crowdsourced music video. Set to a version of My Brightest Diamond’s “I Have Never Loved Someone” recorded for La Blogtheque’s Take Away Show, the montage pulls together more than 200 user-submitted videos, all of which are featured on the site’s YouTube channel.

It’s like the online embodiment of the Friend Zone, a safe harbor from rainy days and bad cases of the Mondays.

Since the first hug in San Francisco, California, was uploaded on Nov. 4, the project has quickly expanded across the globe, with entries from Germany, France, and Japan. And it’s still growing. Fans are encouraged to record themselves and submit the videos with background information via email.

So bookmark this for the next time you need a hug. These folks have you covered—literally.

If that doesn’t raise your spirits, try this magic button.