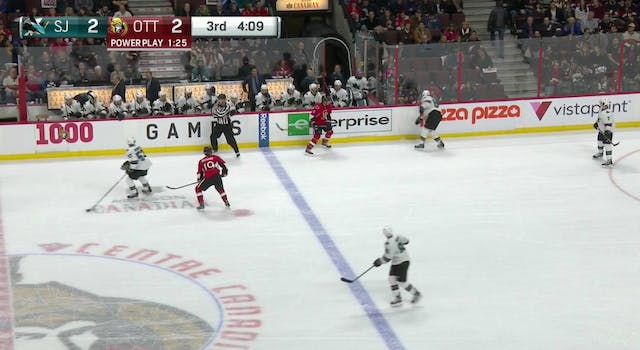 This must have hurt.

Hockey, with its hard pucks flying at you at 90 mph and with its toothless goons trying to smash your face in, is one of the most dangerous sports in which one can engage. And despite all the equipment NHL players are forced to wear to avoid concussions, slashed eyebrows, and bloodied faces, sometimes getting hit with a slab of vulcanized rubber still really, really hurts.

As such, here are two hockey players—one from the San Jose Sharks and one from the Ottawa Senators—getting blasted with a puck and screaming, “Aw fuck,” less than two seconds apart.

Even when they’re in pain, hockey players are hilarious. As this group of NHL-players-talking-trash on YouTube can attest. But they’re human and they get hurt, and sometimes they have to yell in sync, “Aw fuck!”