In a world where backup NFL quarterbacks can make $5 million a year for holding a clipboard during games and where the stars can make more than $20 million per season, doesn’t it make sense for fans to give their own favorite team’s quarterback Amazon reviews based on talent level, clutch play in big games, and salary paid?

But that didn’t stop Mandatory from creating its own Amazon reviews for a number of NFL signal-callers—some well-regarded; some very much hated; and some who, quite frankly, weren’t as good as we thought they could be.

Here’s a sampling of some of the website’s work (with my rebuttals in italics). 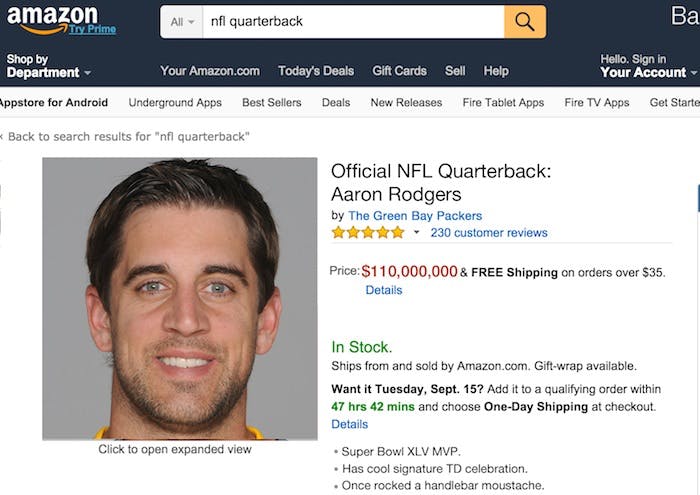 Rodgers wasn’t that cheap at the beginning of his career—his rookie contract was worth more than $7.6 million in 2005—but Rodgers is the best quarterback in the game today. And has been for the past several years. No matter how much the Packers pay him, he’d be worth it. Kaepernick did almost lead the 49ers to a Super Bowl title, so he’s proven his worth in the past. And his $100 million-plus contract is misleading since there are de-escalators included in the agreements (meaning that his salary decreases unless he had hit very high marks the previous season) and the team could cut him and not owe him anything after this year, assuming he’s not injured. Kaepernick hasn’t been great lately, but he’s not a terrible value. 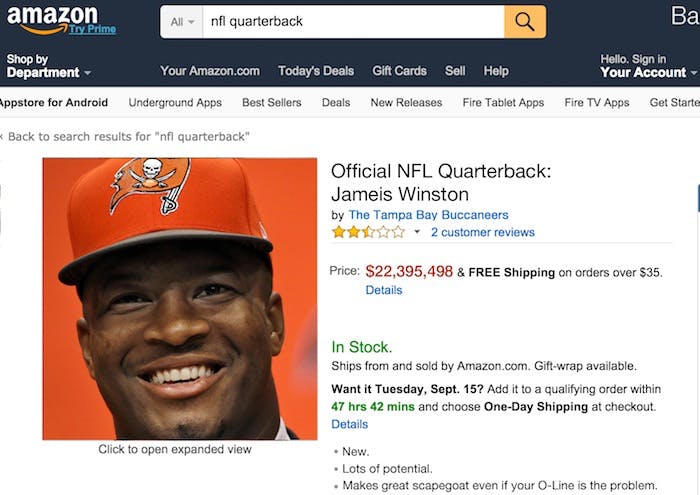 Maybe the reviewer should give Winston more time. After all, he’s only played in two damn games. 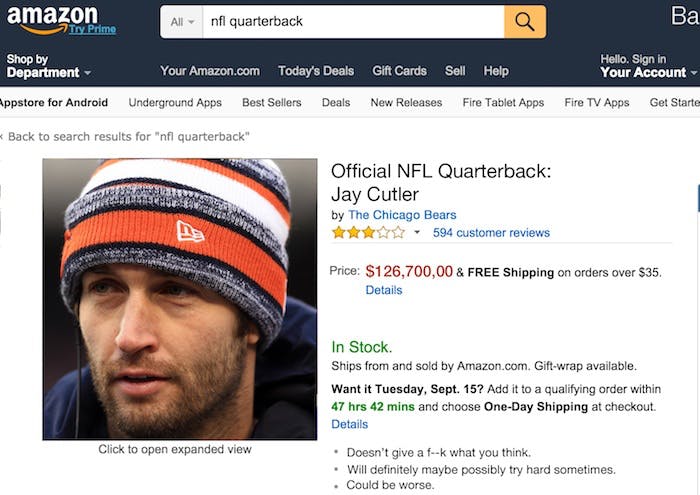 Hard to disagree with this one. Cutler has to be the most frustrating top-15  quarterback talent in the league. 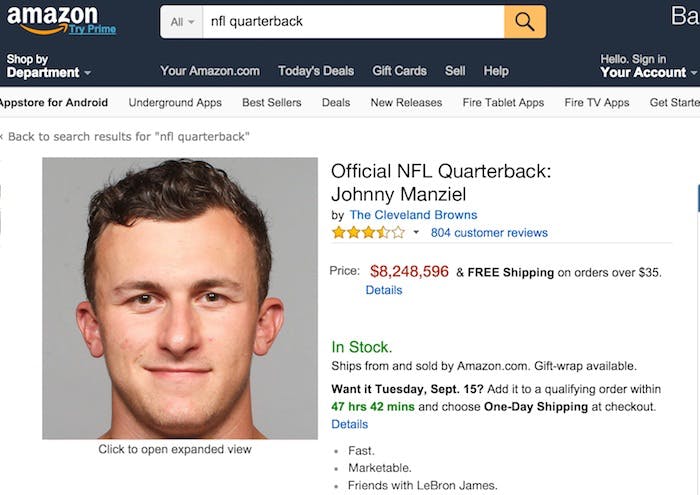 This isn’t quite fair. I’ve stood next to Manziel. He’s taller than me. Maybe he’s not 6-foot-5. But he’s not boy-sized either. 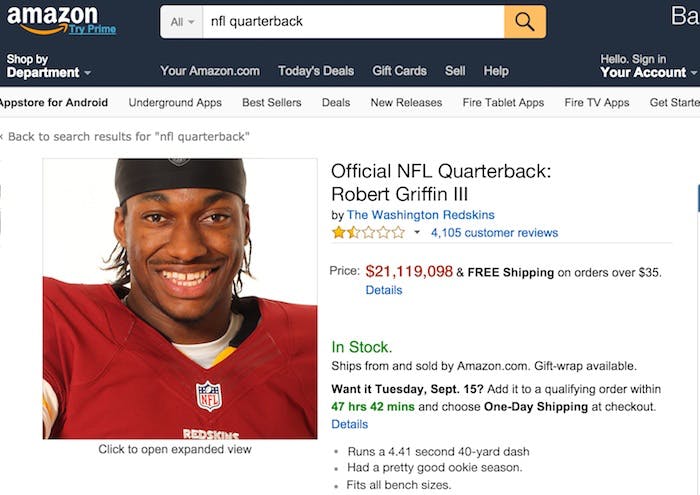 Yep, time to sell all your stock in RG3. Or maybe donate him to Goodwill. 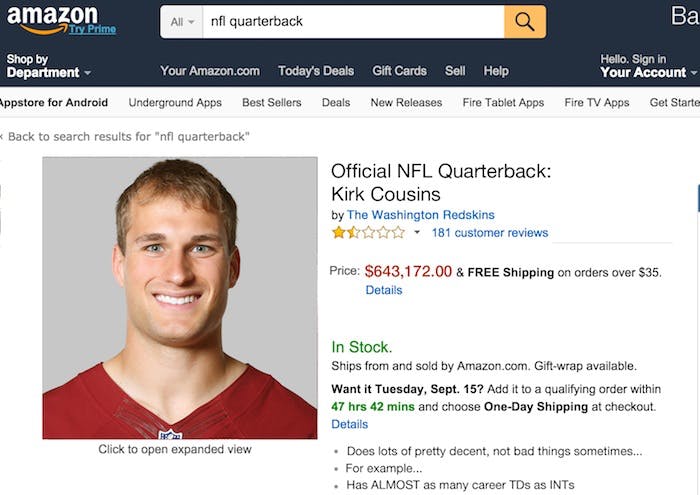 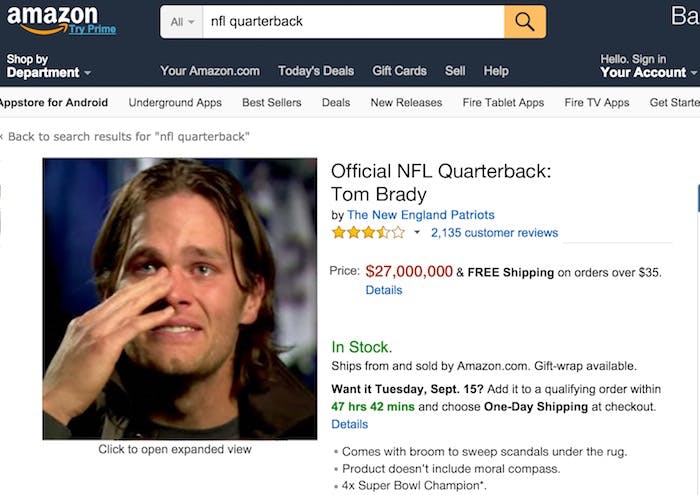 Even at his advancing age and coming off the #Deflategate scandal, Brady deserves 5 stars. Maybe 5 1/2. 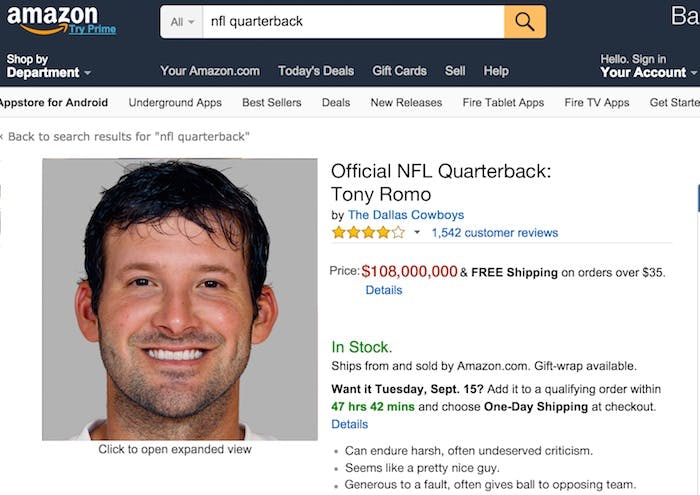 Romo broke his collarbone last weekend, and since he’ll be out for an extended period of time, the Cowboys will have a good chance of falling into the basement of their division. Romo has long been the most underrated quarterback in the league. Now, we’ll see exactly why.