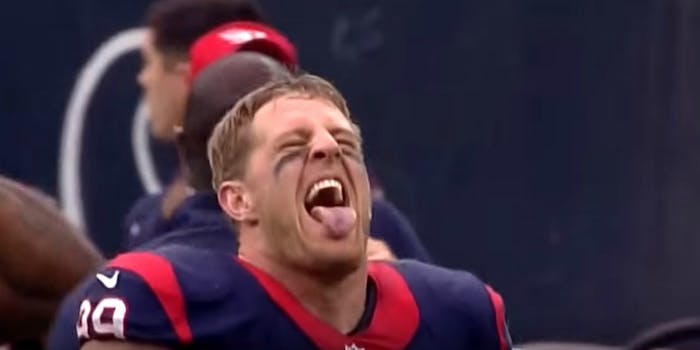 The referee just has to keep blowing that whistle.

It’s Super Bowl week, which means that we not only get one Bad Lip Reading NFL edition. We actually get two. And as strong as the first one was earlier this week, the one that was blasted out Friday might be the best we’ve ever seen.

If you didn’t get an invite to the amazing bunch, munch on this instead. But, like usual, be careful not to imitate Chiefs coach Andy Reid and choke on it.

Of course, humor is in the eye of the YouTube watcher, and if you’d like to compare the above video to the first one released this week, here’s your chance. Naturally, you must beware the waffle guy who lives on Tiger Mountain.