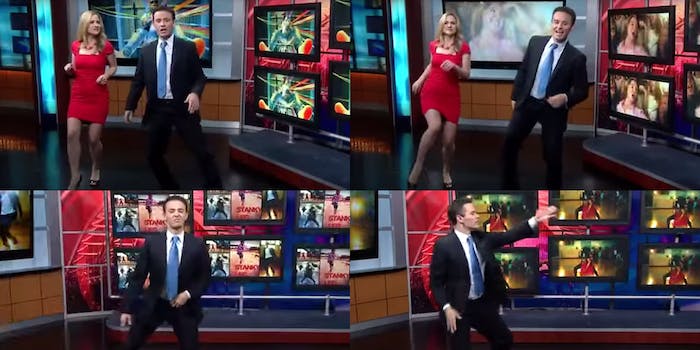 People are still obsessing over the Whip and Nae Nae.

Bob Herzog of Cincinnati WKRC decided to take a crack at the viral dance moves on last week’s broadcast. After talking about rapper Silentó and his hit “Watch Me” with his fellow anchors, Herzog says, “I’m going to try to both Whip and Nae Nae.” And, well, yeah. He definitely tries.

Looks like they could use some dancing tips from Walter Morris over at Fox News San Diego.